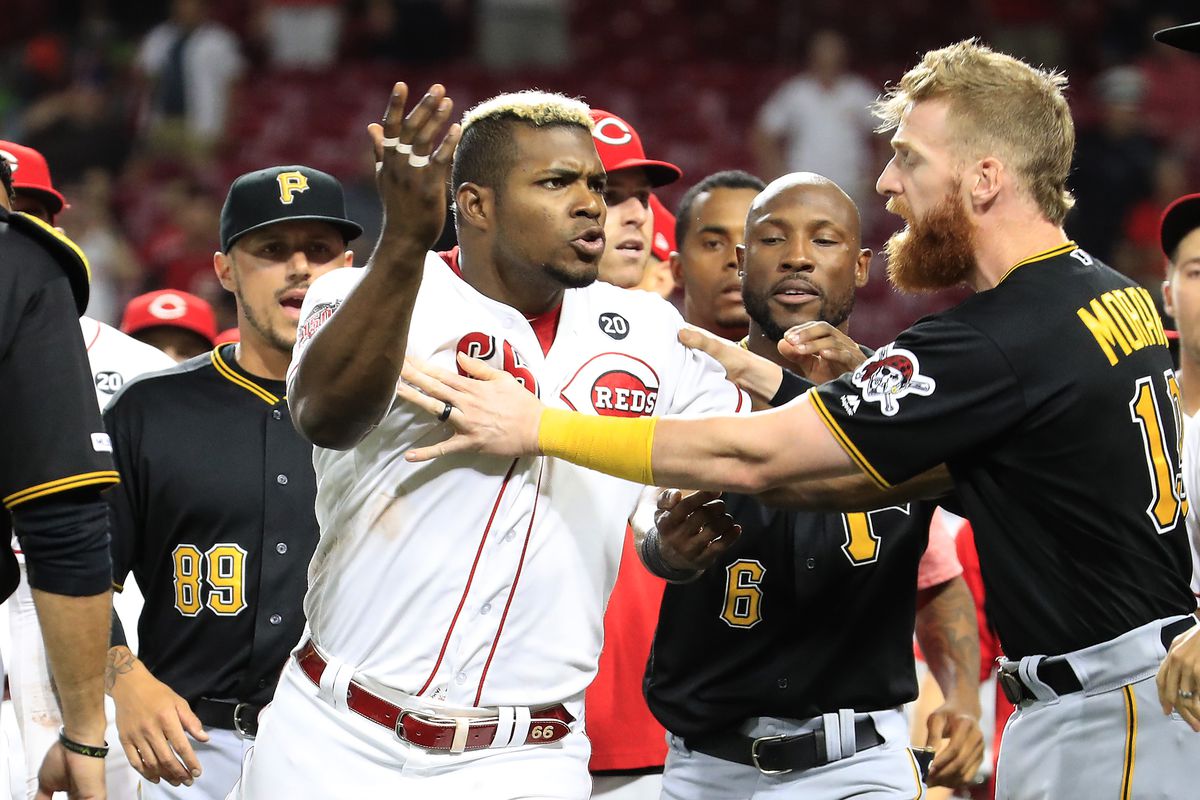 Just like that we have the first blockbuster completed before the trade deadline today at 4pm as the trade just become official around 11am today.

In a strange three team deal I hope I can make this as least confusing as possible.

There you have it ladies and gentleman, the first blockbuster before the deadline of the 2019 season.

I hate three team trades. It’s too many people and parts involved and it never seems fair no matter how it plays out. If I had to choose a winner out of the group, it would be the Indians.

First of all, the Reds gave up their top prospect and number 35th overall pick from the 2016 draft, Taylor Trammell, Yasiel Puig who isn’t having a bad season at all, and a left handed prospect in Scoot Moss, who throws mid 90’s with not the best command, to really just get a rental in Trevor Bauer. Bauer is a free agent after the 2020 season, so they have him until the end of NEXT season but I can’t see the Reds keeping him if they do not contend this year and or if they do not make any big moves in the off-season.

Taylor isn’t having the best year in Double-A as evidenced by his slash line I posted next to his name up top, but he has as much talent and intangibles as anyone in the minor leagues. Trammell is the headliner here. The man had a great first full season in A ball, had another good year in High A ball and more than held his own in the Arizona Fall League last year. He stole 41 bases as a 19 year old and even showed off a little pop with 13 bombs. With the move to Double-A and against better competition, Trammell has yet to show he can handle it but I’m sure in a matter of time he’ll be alright. The man is only 21 and has some time to develop. Solid get for the Padres as they now have two years or less to get rid of there other 6 outfielders.

I was a little surprised the Padres parted with Franmil Reyes as his ceiling has yet to be reached and the man can mash. This year, Reyes has a triple slash of .255/.314/.536–.850 OPS, to go along with 27 home runs and 47 RBI. I see them parting with him only because of his lack of productivity in the outfield. He’s not horrible in the outfield but all of his advanced statistics in the fielding department are lacking as he holds a -10 defensive runs saved this year and a -11 defensive runs saved for his career. He projects more of a DH and isn’t a free agent until after the 2024 season. He should be just fine moving forward in Cleveland.

The Indians will now have a corner outfielder they can rely on for the rest of the season in Yasiel Puig. Given the injury to Bradley Zimmer, the Indians were forced to call up Jordan Luplow who has played great since his call up and probably could have held his own the rest of the way but I’m sure the Indians would rather have him coming off the bench later in the game for a clutch at bat. Now against lefties the Indians can play Puig and Luplow and let Naquin take a breather maybe until later in the game when a righty gets brought into the game. Either way, Puig is slashing .252/.302/.475 with 22 home runs 61 RBI, 51 runs, 15 doubles and 14 steals. Puig has a chance to eclipse his career high in home runs which was 28 back in 2017 and has been walking at a slower rate than ever before in his career. Indians did well.

Last but not least, the man who loves to show off his arm strength not only during warm ups, but also when things don’t go his way, Trevor Bauer. Bauer is a very talented pitcher and the Reds did great by grabbing him before a bigger contender could grab a hold of him but the move is a little questionable on the Reds part. If I’m a Reds fan, I’m pissed because they just gave up their top prospect for a rental who I hope they will flip for more prospects either in the winter or before next years trade deadline. The Reds sit at 49-56 and are currently 6.5 games back from the second Wild Card spot in the NL. Bauer does join a pretty solid pitching staff in Cincinnati and with the 1-2-3 punch of Luis Castillo, Sonny Gray, and now Bauer, the Reds could be worse off.

As I’m typing this, the Rangers and White Sox just completed a smaller trade as the White Sox traded away injured and hard throwing reliever Nate Jones and $1 million of international bonus money to the Rangers for two pitchers Joe Jarneski and Ray Castro who both are in Rookie Ball.