Why Would the Mets Trade Syndergaard and or Wheeler?

The Mets are always in the news it seems like. Whether it be for older pitchers (Jason Vargas) for threatening to beat up reporters or it could be General Manager, Brodie Van Wagenen, drinking a little too much on his couch on a Tuesday night and demanding the manager makes moves during gameplay. Whatever it may be, it usually isn’t good news with the Mets. This time, the Mets are in the news for normal shit as the trade deadline is approaching but for some reason I just can’t get a full understanding of what the Mets are actually scheming over in that Front Office.

So obviously, the Mets trade this off-season back fired and the Mets quickly found out that in order to win you can’t just rely on an aging and overpriced second baseman (Robinson Cano) and a great closer, Edwin Diaz (who is having an off year) to turn around a baseball team. Who woulda thought. Anyways, with their 2019 season a wash, the Mets have suddenly turned from wanting to be buyers at the deadline, and now have been rumored to be sellers. At least that’s what I think is happening.

The Mets went out and acquired starter Marcus Stroman on Sunday for one of their top pitching prospects in Anthony Kay who holds and ERA of 1.49 in Double-A and a 6.61 ERA in Triple-A during the 2019 season which evens out to a 3.32 ERA overall. A bit scary considering it is just a league up and his ERA shot up almost five runs, but Kay is a highly touted prospect who should pan out decent. The Mets also included a former second round pick, Simeon Woods-Richardson, in the deal who holds a 4.25 ERA through 20 starts in A ball.

Aren’t the Mets supposed to be sellers at the deadline? Instead, they give up one of their top pitching prospects and a young guy with a promising arm in Woods Richardson. Strange. Stroman is still under team control until the end of the 2020 season, so I assume maybe the Mets are hoping for a good rest of the season from Stroman and maybe a great half year next year so they could maybe flip him at the All-Star break for more prospects? I had to put a question mark because I am so damn confused about this whole situation. That’s not even including talking about the rumors surrounding Syndergaard and Wheeler.

DeGrom isn’t going anywhere. Matz will probably stay and be signed to extension sometime soon, if the Mets are smart. That leaves us with Noah Syndergaard and Zack Wheeler. Two guys who probably can’t fucking stand having their names included on the trade block and seemingly just waiting to get picked up and moved to another spot just like a momma bird does to whatever little critter she see’s scurrying around on the ground from her vantage point.

Personally I don’t understand why they would trade (give away) Syndergaard when the Mets would undoubtedly be selling him at a point in which his value is the lowest in his career. Just to get rid of him and maybe grab a couple prospects in return? Why not sign the guy and have him and DeGrom as your one-two punch in the near future? Syndergaard is having a rough year and I’ll chalk it up as the stars not aligning for him. And, of course, the hardo bad vibes Jason Vargas was giving off. But with Vargas gone, Sydergaard is back to being alpha in the clubhouse and should thrive. Even with the Mets really not threatening this season, why in the hell would you sell one of the best young arms in the game when he is the least valuable he’s ever been in his career? Why not sign the guy to a nice contract, let him get comfortable, and if shit hits the fan again next season, net some top prospects who can actually impact the game at some point. Syndergaard is worth the money and from my sources (one) he is well liked in clubhouse and can help this team in the future. The front office needs more help than him. If the Mets get rid of Syndergaard, the Mets will be cursed. Where’s that weirdo Lil’ B to curse them? Hate that guy by the way.

Zack Wheeler is another guy who they have waited and invested so much time and effort into him and his career. Why sell him when he isn’t having the best year? Wheeler’s K/BB ratio is solid coming in at 137/34, it’s just the ERA that has taken a hit this year as it sits at 4.71. Once again, Wheeler has a live arm, has worked his ass off to get to this point in his career (had Tommy John surgery in 2015) and is not having the best luck (.315 BABIP) but this is also a guy that if you make him your number three, and if the Mets somehow get the baseball gods on their side, could be a threat in the playoffs or towards the end of the year when he is most needed. The Mets trading these guys at this point in their career makes no sense. If you can’t take anything else from this blog, that bold sentence is the overall gist of what the Mets SHOULD NOT do.

I understand the Mets are in a strange spot in their franchise, but why give away two guys that could easily and most likely will be able to help in the near future? Why give away guys with the talent and potential that Wheeler and Syndergaard possess for anything EXCEPT a teams top prospect. Not ONE of their top prospects but THE top prospect. I will forever be confused by the Mets moves and hopefully they do not fuck up their franchise completely by getting rid of both of these guys. Stay tuned as tomorrow at 4pm is the end of the MLB trade deadline. Thankee. 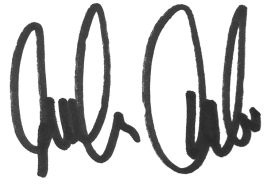