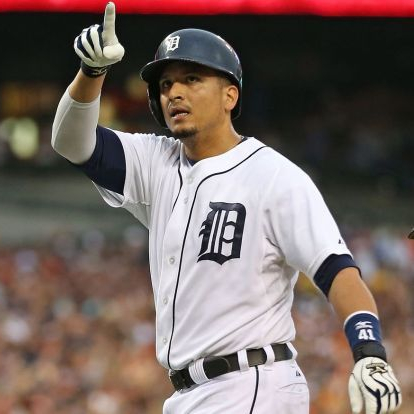 A sad day for baseball on Saturday as long time Catcher/Designated Hitter Victor Martinez played in his final MLB game of his career. As bullshit as it sounds, Martinez beat out an infield single for his last and final at-bat as a big leaguer. Now, I’m not sure how many infield singles he has had in his career, he is not very fleet footed as evident by his 7 career steals in his 16 year career, but he did have his first and only bunt single of his career against the Indians in the 2017 season.

2018 hasn’t been too kind to Martinez as for one, the Tigers are pretty damn bad coming in with the record of 63-93, somehow third in the worst division in baseball, and Martinez has looked like a shell of himself all year. in 2018 through 133 games, Martinez hit .251/.297/.353 finishing with the worst OPS of his career at .651. Along with only nine home runs and 54 RBI’s, Martinez has seen better days. Martinez has been limited to mostly the Designated Hitters role the last three seasons as injuries have clearly hampered his production.

That is by far the worst of it. Let’s talk about some good. Martinez came up with the Cleveland Indians all the way back in 2002 and by his third season, and first full season, Martinez proved he was one of the best hitting catchers in the game. Winning a silver slugger and appearing in his first all-star game, Martinez hit .283/.359/.492 with 23 home runs, 38 doubles and 108 RBI’s, that would seem to be a common theme for Martinez as he finished with at least 20 home runs and 100 RBI’s in four seasons batting over .283 in all four. From 2004-2010 Martinez led ALL MLB catchers with 129 home runs, 617 RBI’S, 122 more than the next closest (Jorge Posada), second in runs scored with 492, and he was second in WAR for all MLB catchers during those five years with a WAR of 24.4 coming in second to only Joe Mauer of the Twins. Just to put things into perspective on how great he really was.

Martinez ends his lucrative 16 year career with 2,153 hits, a career slash line of .295/.360/455, 278 home runs, 1,178 RBI’s, along with two silver sluggers and five all-star appearances. The league says goodbye to one of the greats. Although he might not get inducted into the hall, Martinez still had a GREAT and very productive major league career.