Yes I am late. I realize that and I apologize. But, just a fresh reminder in case you forgot…. the Atlanta Braves have CLINCHED the NL East for the first time since 2013. It has happened, the unthinkable coming into the 2018 season has happened in real life. The Braves have respectfully fucked the Marlins this year going 14-5 against them, have railed the New York Mets 12-4, made the Phillies bleed going 11-5 against them, and only slightly drew blood from the Nationals going 10-9 this season. It’s a damn beautiful thing to watch.

With the roster given on opening day, it looked like we might finish middle of the pack. Which, in a year that was supposed to be more of a “rebuild,” would have been fine and acceptable. Opening the year with Preston Tucker or Peter Bourjos starting in left field, Ryan Flaherty or Charlie Culberson starting at third base, the offense looked a bit scary to say the least. Oft injured Brandon McCarthy (career 4.20 ERA), who announced he’s going to retire at the end of the year because of a knee injury, unproven Michael Foltynewicz and rookie Sean Newcomb, the rotation also came with a lot of question marks. So what ended up happening?

Well, we had to very impatiently for the arrival of Ronald Acuna, which took about a month, to get the ball rolling. Johan Camargo took the place of Ryan Flaherty at third, an abundance of rookie pitchers ended up plugging in holes where they were needed, and not to mention some improvements at the deadline that only helped solidify the bullpen and rotation, Brad Brach, Jonny Venters, and Kevin Gausman to name them, the Braves made the necessary moves to sustain a late post-season run. 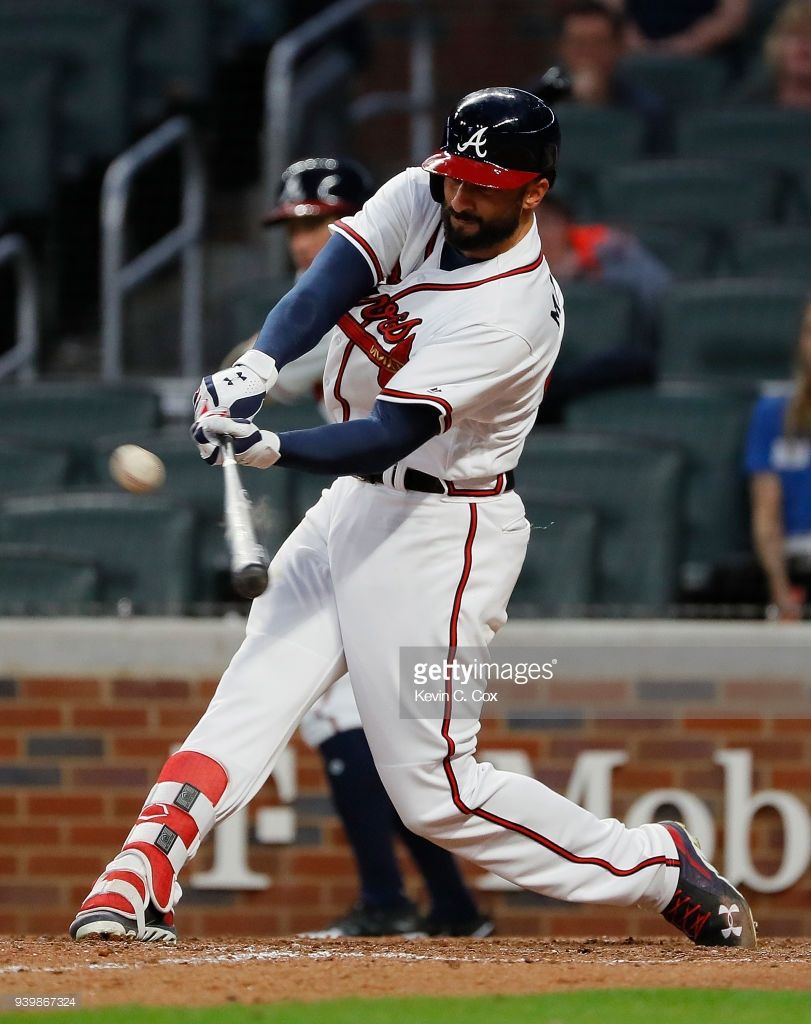 Of course you can’t forget about the most important part; the production. Nick Markakis has put together a hell of a year and his best in nearly six years. So far his slash sits at .302/.369/.449 with 14 home runs, his most since 2014, 93 RBI’s and leading the National League in doubles with 43. Not to mention making his first career all-star appearance. After four years of having electric stuff but nothing to show for it, Mike Foltynewicz has finally figured it out, and what a time for it to all start clicking. Through his 30 starts, Folty has put together an ERA of 2.88 and a WHIP of 1.107 along with throwing his first career complete game shut out. Can’t forget about those 193 strikeouts through 173 innings either. Obviously Freddie Freeman has continued to be one of baseballs best first baseman and only supported his case this year leading the team in average (.311), RBI’s (95), OBP (.389), hits (186), walks (74) while also chipping in 10 steals for good measure.

Did you really think I would leave out the rookie sensation? Acuna has done unbelievable things on the field this year and still at the age of 20, it’s a scary thought he could get better. Through 105 games, Acuna leads the Braves in home runs with 26, has chipped in 15 steals, 25 doubles, 4 triples all the while batting .289/.364/.561–926 OPS– which leads all rookies, including Juan Soto. He also broke a couple rookie records with consecutive days with a home run and most leadoff home runs by a rookie. NL Rookie of the year deserves to come to Atlanta this year. It doesn’t matter how you look at it. Acuna has been unbelievable.

With six games left for the Atlanta Braves, the 88-68 Atlanta Braves are looking for their first 90 game winning season since 2013. What a ride it has been so far, and the best part about it, is October baseball will be happening this year in Atlanta. Let’s fucking go!!!! Stay tuned.

P.S- Fuck Josh Donaldson and the rest of my fantasy baseball team. I know you care very much but I was robbed.