Championship Sunday, Who You Got? Spreads, Odds and Predictions

As I discussed earlier in the week, I wanted to go over the spreads and the O/U (over/under) line.

Right now, the line is at -7 for Kansas City. Meaning they have to win by more than 7 if you want to take home any money. The over/under number is 52 with a couple of other sports books having it at 52.5. The weather in Kansas City is clear as day today but cold as hell with a high of 18. The Cold should not effect either of these teams in this matchup.

If I were a betting man, I would say this should be a Kansas City win by at least 10. However, the Titans might be the hardest team to gauge a bet on with them knocking out the always dominant Patriots and the Super Bowl favorites, the Baltimore Ravens. The Chiefs are on a bit of a heater, winning their last six, and especially after last weeks dominate performance over the Texans. The Titans have won their last three games on the road playing in the hardest of places and haven’t blinked an eye. As for the O/U number, that might be a tougher pick. Both teams can easily get going and go on a scoring tear and easily surpass that number early in the fourth quarter. Or, the Titans can struggle to move the ball and Derrick Henry cannot get going against this Chiefs defense that has allowed an average of 94 yards on the ground during their seven game win streak. If the Titans win, they will become the first team to advance to the Super Bowl after starting the season 2-4. Game Prediction score: 31-23, Chiefs.

As of now, the spread is -8 San Francisco with one of two sports books having them at -7.5, which is where I like the line. The O/U number is 46.5 which is very tough because the game will most likely end around 45-47 total points. The weather in San Francisco is unpredictably going to be cloudy opposed to the usual perfect weather in California. However, the most important aspect of the weather, besides it raining or snowing, is the temperature which will be around 58 by game time. 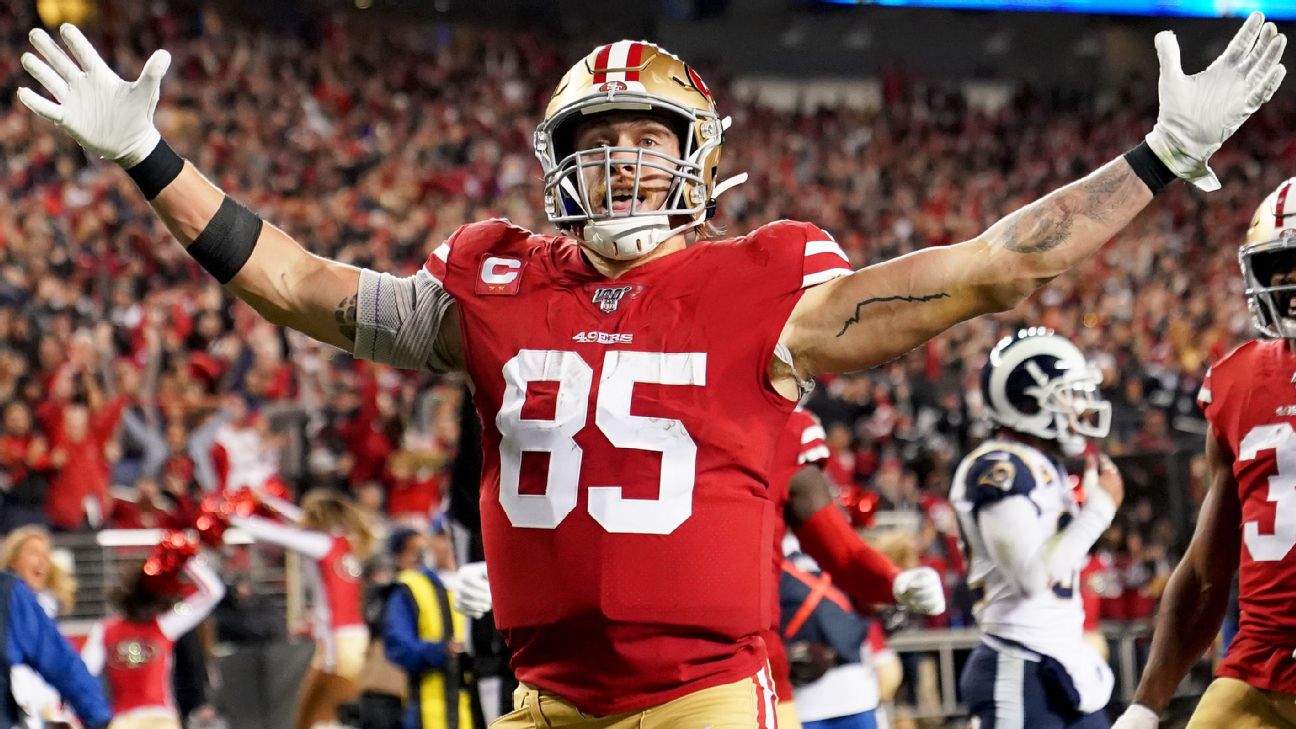 This game is a little harder to get a read on. Obviously these teams are all good but it seems to me the Packers have the most to lose against the better team. Not taking anything away from the Titans, but the Chiefs have the superiorly talented team. Not the case in this game. Aaron Rodgers is still playing at the MVP level he did nine years ago when the last time Packers were last in the Super Bowl, which they won 31-25 against the Steelers. Which of course, Rodgers was also the MVP of. The Packers have ‘won ugly” all year, as stated by Rodgers, but it has worked. Aaron Jones led the league in TD’s with 16 and Devante Adams is healthy and ready to go against Richard Sherman. With the 49ers, they have the best pass defense in the league which has let up a stingy 169.1 yards a game. George Kittle is easily and by far the best tight end in football and should cause the Packers defense to either put a linebacker on him, which Kittle should easily dominate that matchup, or bring a safety down to shadow him and not let Kittle get passed the secondary. Either way, Kittle will give the Packers something to think about all day. The 49ers also were second in the league in rush yards per game with 144.1 as the Packers were allowing 120.1 per game, which was 23rd in the league. This game is going to be tough to judge with the spread at 8 or 7.5 against the Packers. I can’t see the Packers losing by more than a touchdown. I see this game being played down until the last quarter and the score within at least 6. Game Prediction: 25-18, 49ers.

Both games are going to be great to watch. Hopefully no blowouts on either end but anything can happen between the best four teams in the league squaring off. Have a great Sunday and if you’re betting, win some money!