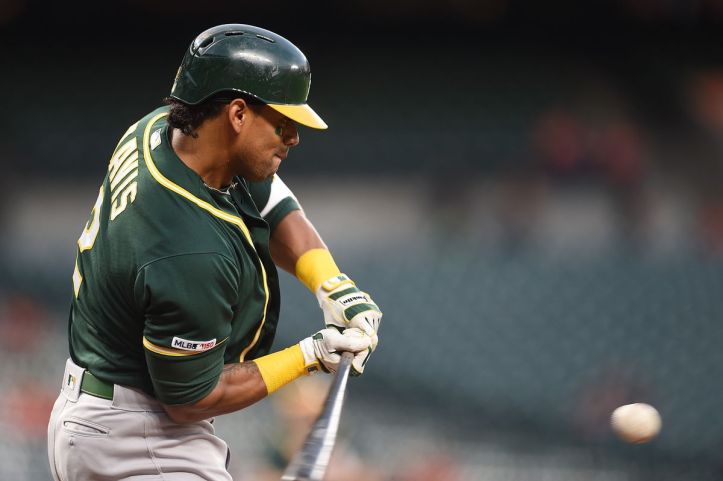 Khris Davis of the Oakland A’s has gotten the money he has deserved.

The most consistent baseball player on the planet, based on his well documented .247 batting average the past four seasons, signed a two year extension for $33.5 million to stay in Oakland the next few years. With his new contract and his salary for the 2019 season, it puts him at $50 million including his 2019 season.

The numbers seem nice, you know $33.5 million isn’t small money for us peasants that live in normal society, but this man has led baseball in home runs with 143 since joining the Oakland A’s back in 2016. The reason why I mention the numbers here, is because we had a guy in Bryce Harper who signed a pretty decent deal this off-season, not sure if you heard of his 13 year $330 million contract that has him making $30 million in ONE SEASON, but Bryce has only cleared the 40 home run mark one time in his career. Granted, Bryce is a complete player and can do a lot more than Davis in the aspects of fielding, running, his presence at the plate, etc. The point is, is that you think he could maybe earn himself a little more money even being a little bit of a wild card when he is playing the field but hitting over 40 home runs three out of three seasons and is well on his way to hitting another 40 should have maybe earned him a tad bit more cash. Can’t complain though.

With Davis locked up for another two years, he seems to be the building block for the A’s in the future in case they make a run for it in the next few years. The A’s are not a bad team especially with budding stars Matt Chapman, Matt Olsen and Ramon Laureano at or near the top of the lineup while Chapman and Laureano are staples for the Gold Glove award in the years to come. Things could be worse out in Oakland and with Davis signed for another two years, the A’s could make a sneaky run for it in those years. For now, Khris Davis will look to repeat his .247 average and keep on dropping bombs. Congratulations to Davis on the nice ticket and good luck on the continued success. Thank you.