I have been an avid gamer since my heyday back in middle school, when Halo and Call of Duty ruled the industry and had me committing 300+ hours of my young life to the cause. I feel we are at a very special time in gaming right now, as the quality and variety of gameplay has dramatically increased over the recent years. We are seeing new trends take place in the gaming world, as some may stay and some may go. One of these trends that I believe with all my heart will stay is the Battle Royale game mode. If you are not aware of what I am talking about then, you either don’t own a gaming console or PC, or you don’t have a boyfriend that has one, because it is ruining relationships one by one. Battle Royale is primal, it is competitive and it is a good fucking time. Skydiving into a virtual battleground island with another 99 like-minded individuals, who are all after the same thing is an experience like none other. The rules are simple. You start with 100 people, and last one survives wins. You must scavenge and find weapons and loot throughout the map, or kill people and take their loot. There is solo queuing, as well as duos and squads. As of now, in 2018, PLAYERUNKNOWN’S BATTLEGROUNDS and Fortnite rule the Battle Royale world. Others are on the come-up, such as Darwin Project and Islands of Nyne, but these two are the most streamed games on Twitch and have MASSIVE followings. If you ask me? Fortnite rules supreme. That opinion varies depending on who you ask but Fortnite has things that other games don’t. There lies the message of this blog. Reasons why Fortnite and the Battle Royale game mode are here to stay.

That beautiful freedom of going wherever the fuck you want, when you want and play how you want to play. For me, that is balls to the wall, kill everything in my path… with the occasional complete lapse of judgment and fat L. But I currently have over 150 wins and have been consistently improving over time. The more you play, the better you get. Simple as that. The Fortnite map is extremely unique and offers everything you can imagine. Buildings, cities, neighborhoods, lakes, trees, mountains, and an extremely vivid use of color and texture. There is something new to do and new places to go every time you skydive into this world.

I played baseball competitively for nearly 12 years and loved every minute of it. Since I have left that passion, video games have been filling that void and then some. Competing with friends in these giant open world pieces of art, created for violence, mayhem, teamwork, and non-stop meme-worthy content is some of the most fun I have had behind the PS4/XBOX sticks in a long time. The only game that has come close to that for me personally, is Overwatch, but that game is better left for the real pros. If you have any knowledge of Overwatch, the Overwatch League just started the inaugural season and it has been fucking awesome. It has served as a whole new sport for me to watch, with new teams to follow and new players to hate and love. But back to what we are all obsessed with at the moment. Fortnite has a great squad setting in Battle Royale mode that allows you to team up with 3 of your friends (or randoms) and fight your way to the final few teams and battle for that victory, which is a feeling no one will know until they get one for themselves. Nothing beats the feeling after you pull off a clutch kill for the win, or snipe someone from 200+ meters. But the competition is so intense at times that you can’t help but to feel that tingle in your hands when the nerves start sinking in during the final moments of the match. It gets the blood pumping and satisfies that competitive edge that some of us will have for the rest of our lives.

Let me start by saying; this is one of the most visually satisfying games I have ever played. As I said before, the vivid use of color and texture is so beautiful and refreshing, especially if you are comparing to that of PUBG. Don’t get me wrong; the realistic feel of PUBG is the reason people love it. For me, my imagination runs bonkers more often than not, so Fortnite caters to that and it makes me one happy gamer. So lets talk specifics. The glowing color of the floating loot. The blue, the green, the purple and the goooooold. (Insert picture of Goldmember) For some reason, when you spot that shining gold or purple loot from a distance, you just get pumped. The little things make a difference and Fortnite knows all about the little things. They throw new easter eggs in every other day and are constantly improving the Biomes, textures, colors and all things involving the visual aspects. Then there are the sounds. That glorious sound of a fresh, unopened loot chest and the flowing gold vapor that engulfs it. Nothing beats it. The horrifying but smooth sound of the Scar or Bolt Action Sniper is just so satisfying. Especially if you hit that headshot and hear that CHA-CHING! As if you just hit the lottery.

So this is where Fortnite really stands alone. No game has accomplished a building system like this. The fact that you can single handedly build yourself and 10 x 10 steel base in the sky to defend for yourself is so fucking cool. It brings me back to the forging days in Halo 3. But it isn’t just for building yourself a dope base. Use it as a defense strategy, or for closing the gap between you and another player. The possibilities are literally endless when it comes to the building in this game. 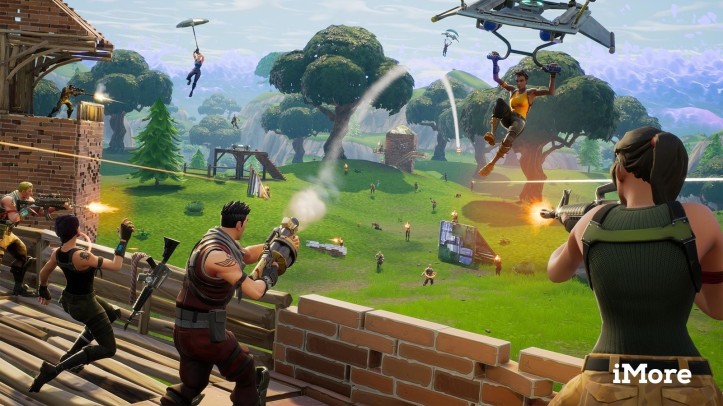 So in my lifetime, I have never been exposed to a game that updates itself every day or two like this. Epic Games consistently introduces new content, new tools, guns, grenades, you name it. They have so many ideas and courses of actions ready to be deployed that it is no problem for them to drop a new gun or tool every other day or week. Not to mention, the skins. I love change and new cool shit and Fortnite has an incredible amount of cosmetics for your character, so that people like me can choose a new look every match if we so please.

So there you have it. Fortnite is clearly one of the best games of all time and shits on everything out right now. Just kidding, but not really. Epic Games is taking this game and skyrocketing into one of the biggest fan bases and followings that have ever been known. For fucks sake, Drake, Travis Scott and JuJu Smith Schuster just recently played Fortnite live on Twitch with the biggest streamer out right now, Ninja. Yes, rappers and NFL athletes are jumping on the bandwagon as well. So get with it or get lost. 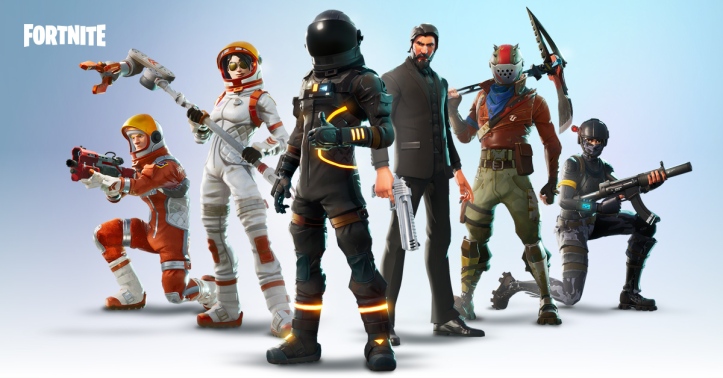 Don’t loose the kid in you.