Should Mets Fans Panic Without Syndergaard?

Imagine preparing for your season with all the guys you thought gave you the best chance to win. Having your lineup, pitching rotation, bench and everything else aligned. Spirits have never been higher as everyone starts in first place and everyone believes they can compete. Then, out of the blue, one of your best starting pitchers goes down….. with Tommy John Surgery….. and he’s not just any starting pitcher… it happens to be Noah Syndergaard and is not only out for the rest of this year, but most of the first half next season.

On Match 23rd, the Mets announced Syndergaard will indeed undergo Tommy John surgery on his ulnar collateral ligament and will be out the rest of 2020 and definitely the early part on the 2021 season. Tough blow for the Mets who have a team who are built to win now and have that mentality going into the 2020 season.
With Syndergaard out, the Mets no longer have the issue of having too many pitchers in their starting rotation and now will ride out with the rotation that looks like this:

Actually, the rotation does not look too bad and the Mets seemed to be set up pretty nice. Hate to say it but that rotation isn’t too bad and it all of them can stay healthy, most of them can easily hold it down all season and come close to 200+ innings each helping out the weak spot on the team which has and is always their bullpen. However, the Mets also did a little something about that this off-season signing Dellin Betances and former Atlanta Braves great Brad Brach. The Mets bullpen looks like this:

When you put all the names with a list, it looks a lot better than you would think. We all have to remember here though, this is the Mets and anything can happen. 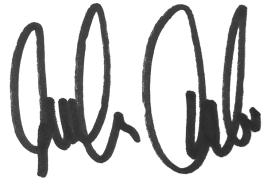