Bucs Being Too Bold?

The GOAT himself, Bill Belichick even became human and said “He is a special person and the greatest quarterback of all-time” yesterday. That’s when you know shit is real when Bill Belichick reveals a side of himself that most of the world has never seen.

Yesterday, after all of the NFL off-season chatter, Tom Brady finally made his long awaited decision of not returning to the Patriots. After the river of tears were cleared up from the streets in New England and possibly flowed into Atlantic Ocean, a report from the great Adam Schefter came out that Brady and the Tampa Bay Buccaneers have agreed on terms. Crazy turn of events after Brady had been rumored to the Chargers and Bucs being the more likely destinations of any other team. Leaving a team that took a chance on you by drafting you in the 6th round, then to buy into the Patriots system only to lead you to become a six (6) time Super Bowl Champion, a Four time MVP, and a three time All-Pro. I could only imagine the decision making process and everything else that goes into making that decision. Brady has a family to think about just as much as his own well being. For Brady to come down to that decision is crazy to think about being from California and then calling Foxboro home for the past 20 years.

From strictly a sports perspective, this move is B O L D for the Bucs to make as they went 7-9 last season. With the agreement between him and the Bucs, nothing is official at the moment but there has been confirmation that it is for $30 million and most likely a two year deal. Meaning that the Bucs see themselves as contenders and the window for them to win is within the next two years. If Brady and the Bucs a run this year and mostly everyone stays put, is healthy, the draft goes well as well as a couple other factors, who knows what Brady will do in 2021.

The Bucs have some needs. They need a RB but those can be found in the draft or acquired via trade. They need some secondary help and maybe an Offensive lineman or two but other than that they have a solid team that could possibly make a run for the division title. With the new CBA agreement that has a new playoff format as well, it gives the Bucs that many more chances to compete for the Super Bowl. And with an experienced quarterback that has won six times and been there eight times, he can only help the situation as well as help other who maybe haven’t been there and show and tell them what it takes to get to and win a Super Bowl. Imagine Tom Brady winning a Super Bowl as a member of the Tampa Bay Bucs. Unreal. 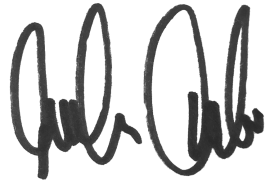