AD to LA, Kawhi to the Clippers and Much, Much More

NBA offseason is most definitely one of the more exciting time in sports and that is unique to the NBA in comparison to other sports.  Football offseason is somewhat stale and lacks drama, and the same goes for baseball and hockey.  Not to say they aren’t fun to keep track of, but you can’t compare to what we just witnessed these last few weeks.

Anthony Davis to the Lakeshow was somewhat expected and was in the works for a long time, so not everyone was surprised when that became reality.  It was though, a monumental move and shaped the Lakers into a championship contender in the snap of a finger.  Not to mention, they also scooped up some shooters like Danny Green and Avery Bradley,  along with Boogie Cousins, who might be available for all 82 next year.  LBJ and AD together is scary as can be and the rest of the league took notice. 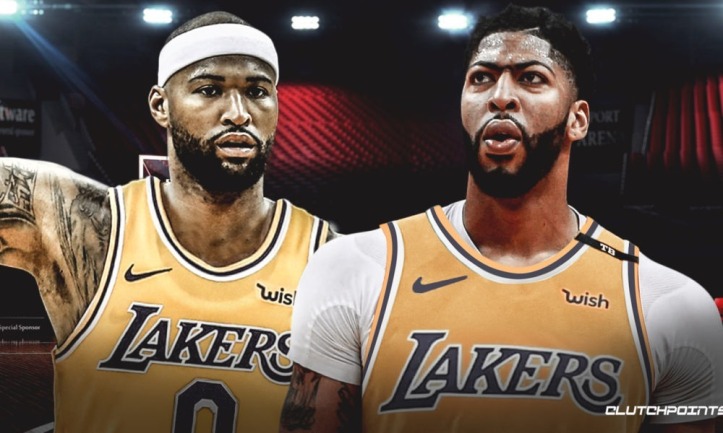 Kawhi also took notice… But he handled it in classic Kawhi fashion… Wierd as fuck.  I love The Klaw though, and how mysterious he is because we have never had a superstar quite like him.  This man legitimately made the Lakers wait almost a week before giving anybody a hint of what the hell he was going to do and decide where to play these next few years.  The Lakeshow missed out on multiple high tier free agents such as DeAngelo Russel, Kemba Walker, Kyrie Irving and many more.  Kyrie was most likely going to Brooklyn anyways, but the Lakers didn’t even get the chance to pitch to him or anyone else because they were waiting for Kawhi to make his presence known.  He did exactly that after days of speculation by announcing his signing with the Clippers and competing for the LA throne.  Not only that, but he recruited Paul fuckin’ George to come along with him.  What a power move…  In the long run, this is a great thing for the league as it seems to have restored some sort of balance following the recent super team era with the Warriors dynasty controlling the NBA.  The Clippers now have arguably the best defensive team with some serious star power, so look out for them to make an immediate impact on the West in the future.

Kyrie and KD have obviously been talking game for a while now and with their personalities coming together, one could only assume this has been in the works for a while now.  Part of me is excited to see how they play together but another part of me wants them to get stomped by LBJ and AD these next few years.  It will be interesting to see what Irving can do without KD this next season, and if they make a run in the following years to come because they can clearly make some serious noise and take out just about anyone when healthy.

Kemba Walker was low key the most interesting domino to fall for me personally.  He has always been a huge force in the league but the Charlotte organization has failed to team him up with some high caliber players and compete for a ship.  He has always been underrated in my opinion and this free agency was his chance to control his own destiny.  Apart of me really wanted to see him go to LA and team up with LBJ and AD because that my friends, would have been a hell of a show to watch.  Kemba chose otherwise.  Boston was calling his name after the loss of Kyrie Irving and he answered the call.  I do not blame him for this decision because it offers him a chance to play in a legit basketball city with some All Star talent around him.  They will have a chance to take the East next year with him leading the squad.

With all of these dominos falling, we have quite the layout for a fascinating 2019-2020 NBA season.  There are technically no super teams, but rather a balance of talent spread evenly throughout the league.  No one knows who is going to take the ship next year and that is actually a very refreshing feeling in comparison to the past decade.  DeAngelo Russel to the Warriors surprised a lot of people including myself, so don’t count out Golden State by any means.  They still have the best backcourt in the entire league.  Stay tuned for more developments and news as we continue to process what the fuck just happened in the NBA.

Thanks for reading and be nice to each other.