The Best of E3 So Far 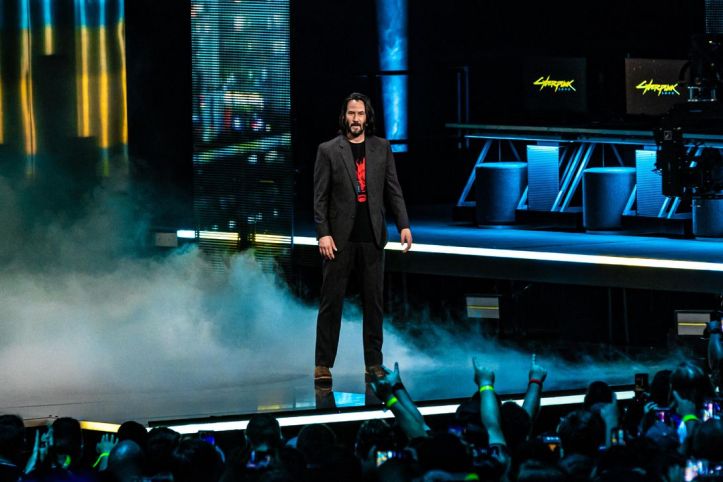 E3 is usually a dope time of year because we get teased about upcoming games, ad-ons, DLC’s and much more all in a content packed week of press conferences and events.  Sony decided to do their own thing this year and not attend so that was an immediate red flag because Sony was usually the highlight of the week, at least for PS4 players like myself.  Xbox and Bethesda held their conferences earlier theses past couple days and it had mixed reactions from just about everybody.

Where is the petition that I can sign that bans all mobile games from being involved in E3 or any event this size?  No one gives a shit about what some kid will be playing on his Kindle later this year because we all know little Timmy with his mom’s iPhone does not classify as a true gamer.  Mobile games are awful and until we are actually able to plug in a controller or use it through through bluetooth, I will not be interested.  Actually, there have been rumors that that is not too far away at all so we will see.

There was a lot going on this week and many announcements have people legitimately hyped while others are cringing and wanting more.  I fall in the middle.  There were plenty of things that had my full attention so far but nothing quite like I was expecting or wanting.  Here are some of the highlights that I have taken away so far.

We have brand new Star Wars Jedi: Fallen Order gameplay that looks really fucking cool.  They have a few more months to polish it up so I hope they add in some more textures and environmental improvements because that may have been my only criticism.  The gameplay looks beautiful and fluent and I can’t wait to see what this story looks like in it’s entirety.  November 15, 2019 is when you can expect this game to hit the shelves.

We have a new Halo: Infinite cinematic to hold us over for now I suppose.  It did it’s job in getting me excited but I am not alone when I say some actual gameplay footage would be great to see…  Looks like we will have to wait a little longer, but I get it because this is a 2020 release date and they have a lot of time to tune it up the way they want to.

Cyberpunk 2077 actually looks REALLY fucking good.  Microsoft came in hot with this one, as they introduced a brand new development that no one was aware of until now.  John Wick himself plays a role in this new game.  They actually scooped up Keanu Reaves, the most liked human on the planet at the moment, to play a character in Cyberpunk 2077.  It sucks that this was basically the biggest news coming out of E3 but it is still pretty damn cool.  Look for this to be released for all platforms on April 16, 2020.

Doom: Eternal has been hyped up for a very long time as people have been attached to this game since the 90’s.  The original game, which came out in 93′ was a massive hit and launched the game series that had it’s fair share of ups and downs.  Doom: Eternal looks like some solid gameplay mixed with fascinating imagery and story telling.  This might actually deserve a play-through when it comes out on November 22 of this year.

Tom Clancy’s Ghost Recon Breakpoint was another highlight, as was a lot more Tom Clancy news.  Rainbow Six: Quarantine was shown off by Ubisoft, as well as more content for The Division 2.  The Avengers had a big reveal for their next game but Marvel isn’t necessarily my jam so I don’t tend to pay much attention to that world.  With that said, the game looks fun and extremely well done.  Obviously Elder Scrolls released some more information about their new expansions and Fallout actually came out with a Battle Royale mode which has my attention.  Here are some of those trailers/gameplays as well.

There was plenty more that I didn’t cover here, but that information isn’t hard to find as many websites are covering the news coming out of E3.  This should be a good year for gaming with a lot of major titles coming out.  Modern Warfare is the next installment of Call of Duty coming this year, which has millions of people excited and ready to revisit the old stomping grounds in fresh, new ways so that is something to look forward to no doubt.  Keep an eye on more to come out of the conferences as there is still more going on.  Thanks for reading and be nice to each other.