Out With the Old, In With the New…. Hopefully

Ian Kinsler has a great track record. Kinsler has two 30/30 seasons to go under his belt as well as two Gold Gloves and a 2018 World Series ring won last season with the Boston Red Sox. Pretty decent for a guy who was drafted in the 29th round, 26th round, and finally the 17th round where he began his career. Unfortunately, we have yet to see that same man play the way we have been used to seeing him play throughout his career.

In the off-season Kinsler inked a two year deal for $8 million and sadly has yet to live up to his standards of play. Trying to understand it from the Padres perspective makes sense, kind of. From my perspective, I’m sure the Padres wanted more veterans on a team with Machado and Hosmer locked up long term. Which makes sense to ease the young talent into the lineup and get their footing. While their team is mostly full of young, potential ridden talent, they felt Kinsler could hold over second base while a guy named Luis Urias could marinate in the minors until Kinsler ran out of gas. Which by the looks of it, he has.

So yeah, this probably back fired a little as we are about 54-55 games deep into the 2019 season and Kinsler is batting .185/.252/.356– .608 OPS– MLB average is .744, with seven doubles, six home runs, and only ONE stolen base all the while setting the table for more than half of those games. Not a good combination to try and win games but he just hasn’t found it yet.

Fast forward to the present and one of baseball’s top prospects, who has yet to get called up for good, is sitting in Triple-A absolutely crushing the baseball. That man is Luis Urias. You have probably heard of the name given he was called up late last year and didn’t perform the best, and same thing early this year, but the man has proven that Triple-A competition is not enough of a challenge for him. Last year through 48 at bats Urias batted .208/.264/.354 with a couple bombs and a stolen base. Nothing to get pumped about. Kind of like Kinsler’s stats right now. This year, during the 2019 season, Urias went 2-24 (.083 average) with only four walks and one of his hits being a double. Once again, nothing to get a woody about but the Padres obviously thought he wasn’t ready yet.

In Triple-A this year Urias is hitting .364/.462/.741 with nine doubles, three triples, 13 home runs, 28 RBI’s, and four steals. Yes, the league he is in the ball flies but when your stats at in another stratosphere, ala Kevin Cron who just got called up for the Diamondbacks, it’s saying something. As in he is LEGIT.

There really is no point to keep Urias down anymore. He is doing no good killing minor league pitching and not trying to help the big league club make some noise and at least get into the conversation for the playoffs maybe next year. For now, the Padres need to do the right thing and give the guy an extended look. Yes, they gave Kinsler an $8 million contract, but even if the Padres time isn’t now, let the kid play! Thank you. 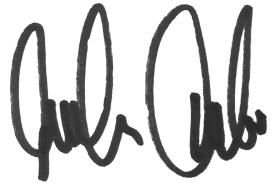