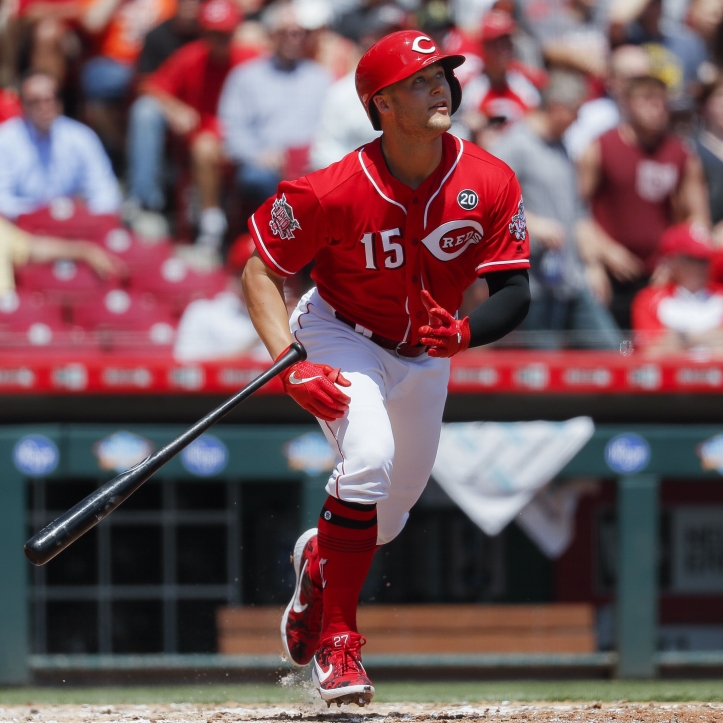 The reds should have started the year with Nick Senzel. My opinion doesn’t matter but the same deal with Fernando Tatis and Pete Alsonso, coming out of Spring Training, it should ALWAYS be your best 25 players currently who can compete with the best. Senzel was one of the top 25 players for the Reds coming out of Spring Training and was told to marinate in the minors a little and he did. He marinated for a total of eight games and didn’t play the best but the Reds needed help after a very slow start.

Then came the second overall pick of the 2016 MLB draft (which I bet the Phillies had back as they drafted Mickey Moniak who has just reached Double-A and has not yet reached his projected status yet) and in his second big league game went deep with a walk and then two days later the man went deep TWICE out of the leadoff spot! Sounds like me back in the college days dropping bombs out of the leadoff spot just for shits and gigs. Through five starts, Senzel has hit in four different spots in the lineup. As high as leadoff and as low as sixth thus proving the man is versatile and has a unique set of skills that can contribute at any spot in the lineup. The man can run, hit for average, and obviously drop bombs when needed.

Senzel is versatile with the bat, as is what I just explained, and is as equally as versatile with the glove. Senzel was drafted as a third baseman out of Tennessee and has had to honor of playing third, short, second, and center field professionally. So far with the big league club Senzel has started in center over as they already as showing more trust with Senzel out there then the Jesse Winker experiment last year where he had a -14 of defensive runs saved which is “the number of runs above or below average the player was worth based on the number of plays made.” Senzel so far is sitting pretty with a nice 1.000 fielding percentage and has already made a couple nice plays patrolling center.

So far, through five games, Senzel is 4-20 :), with three bombs, three RBI’s, four runs, a stolen base and and an on base percentage of .333 and a slugging percentage of .650 which equals out to a nice .983 OPS. The talent is there and it’s obvious. Last year, Senzel suffered a tore tendon in his right index finger that cost him his season. Before getting injured, Senzel played 44 games and batted .310/.378/.509 with 12 doubles, six home runs, two triples, 23 runs, 25 RBI’s, and eight steals. Thus proving his track record that he can do it all. Just have to be patient as he acclimates himself to the big league level.

This will not be the last you hear of Senzel from me. He is young, fun to watch play, and is capable of a highlight day in and day out whether it be defensively or with the bat. This will be a fun man to watch play baseball in the next few years with an All-Star appearance likely in his future. Stay tuned for an exciting year on a not so exciting team at the moment.