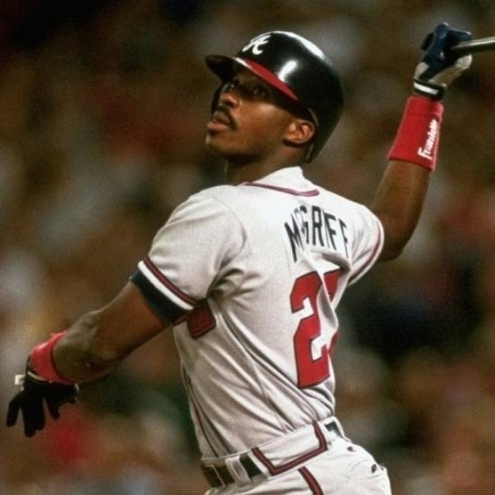 As you know the Hall of Fame voting took place on Tuesday Janurary 22nd. All was well as the players who got voted in deserved it. See my earlier blog if you would like to know who got the nod. Anyways, there were some names missing that surely deserved it. Seems like there are some players getting fucked over year after year and it’s confusing to look at the ending results every year when some of baseballs best have been denied year in and year out. I am going to be discussing one particular case that has bugged me for the past 8-9 years, and now 10.

This was one of the more popular players for 19 years in his career and this year happened to be his 10th and final year on the ballot, and he did NOT get voted in. Players have 10 years on the ballot before you are officially eliminated from contention of getting voted in by the Baseball Writers’ Association of America. This man only received 39.8% of votes on his final year. And this man was ROBBED. Absolutely fucked over for the 10th year in a row with no respect being given to him. Let’s compare two current Hall of Famers and one non current. I’m going to display the players stats but not say who’s is who. NOT including any accolades.

Which one do you think is more deserving? Player 1, 2, or 3? If I had to vote, which I don’t but I just gave myself a vote, purely on stats, I would vote Player 2. The stats of these three are not very different. The one stat that sticks out negative for player two is WAR. Everything other than that matches well and compares well to the others as well. Yes, the OPS is also lower but all the other stats are there. All three you cannot deny are beautiful to look at, but what makes any of these three NOT deserving? Nothing. Another thing to think about is these three players have all played first base, with one being a DH full time later in his career. They are all the same player of some sorts, yet one is not in the Hall of Fame. Why is that one player not voted in yet?

Player 2 is none other than Fred McGriff. At this point it is almost like disrespect towards McGriff. This is a guy who played during the Steroid Era and was never brought into that talk. While most of the baseball world was taking something to get ahead of the competition, McGriff was never brought into the bad side of the conversation. Produced year after year. Never won an MVP award, but a consistent threat every year in his prime. CONSISTENCY! Everybody offers something different to the baseball world, whether it be as a player or the person they are after they take off the uniform, so it is tough to compare. McGriff played his part. I know everyone who has a vote has their own method of voting, but what the hell is reasoning keeping McGriff out all these years? The man was an All-Star though the mid-90’s great Braves teams, an inaugural part for those 4.5 years he was with them, even help attain a World Series in 1995, and he STILL isn’t getting at least 50% of the vote? What’s the reasoning?

McGriff even hit 30 home runs with the Cubs at age 38, in my opinion showing that he has ALWAYS had the ability. He didn’t do anything to hurt his reputation during his playing days. All McGriff needed was a total of SEVEN home runs and he wouldn’t be kept out of the Hall. A single digit number and all these writers would have voted for him.

Player one is Edgar Martinez and player three was Jeff Bagwell. Both more deserving than many others in this world, but I just have some questions for these Baseball Writers that vote. Why so harsh on McGriff? That’s all I’m asking. What didn’t you see during his playing days to make him a Hall of Famer? Why is he still getting below 50% on all the ballots? Because he didn’t win an MVP? Because he played for a few different teams during his career? Did you want him to hit 50 home runs one year? Win one Gold Glove? Unfuckingreal. McGriff will surely get in like Harold Baines did by the Veterans Committee. At that point it will be a long time coming and a time for all of baseball to rejoice. McGriff was robbed on his last year on the ballot. Only can hope for better results in the future.

P.S. Let me know what you guys think of this Bullshit. Feel free to discuss!

Masters weekend! Who you got?