If you didn’t notice, Twitter along with the rest of the black hole that is the internet have been freaking out over a Sandra Bullock Netflix film that was released just before the New Year.  The plot is intriguing and the cast is well put together for the most part so it had my attention before the actual hype began.  And to say hype might not do it justice.  The Netflix marketing team is made up of some clever mother fuckers who made damn well sure that every household in America were talking about birds in a box during their family get togethers this holiday season.

Bird Box takes place in modern times but with an apocalyptic storyline that drives home the violent and gruesome themes of the end times.  Some may have been confused throughout the film due to the vague depiction of the demons or entities floating among the earth forcing people to commit suicide and that is rightfully so.  This kind of horror is right down my alley so when I am critical of a film like this, that is saying something.

Look, I didn’t hate it but it fell short of the monumental praise and hype it received over the past month.  Maybe if it was an indie film that no one heard of with less popular actors, I would of had a different perspective on it… But that was not the case here.  Sandra Bullock signed onto this along with Sarah Paulson, Trevante Rhodes, Machine Gun Kelly, John Malkovich and others.  They all did their thing and performed up to standards but I felt that some of the creativity fell short when it came to the special effects and actual depiction of the entities.

I was waiting… and waiting… and waiting… to catch a glimpse of either the demon itself or what the fuck these people actual saw and heard before stepping into a flaming car or hurling themselves in front of a bus.  I figured they would wait until the final act to finally show what is seen before the suicides but nope.  They left it as an invisible force that only has the power to lift up some leaves and swirl them around.  And I get it.  They were leaving it up the imagination, but for fucks sake this whole movie was based on these ancient forces and demons and the closest we got to seeing them were some sketchy drawings from Gary, the possessed weirdo that found his way inside the home in which they were all staying.

The thought and the intentions behind this film were spot on though.  The twists were great and had me constantly attempting to decipher the meaning of all of this even though I was not necessarily agreeing with the direction of the writing in the first place.  The birds served as an interesting barrier between human and inhuman and it was fascinating to see how the mentally ill patients were the only ones who can see the demons and not kill themselves but rather attempt to get others to see the “beauty” and join them.  Very fucking cool.  If only we could have seen what they were seeing…

On another bright note, it was still an entertaining movie that was worth my time.  I enjoyed the story, the violence and the way they portrayed this version of the end times.  Sandra Bullock killed it as always and John Malkovich just plays such a good asshole.  I would have done MANY things different but I don’t want that to take away from such a good effort.  I appreciate and would much rather people keep pushing the genre forward no matter how good or bad the film may be in the end.  Everything can be used as inspiration and a learning experience if you choose it to be.  Or you can continue your illustrious career as an internet troll and complain about things you can’t control.

I give Bird Box a decent 3 out of 5 stars but would still recommend fans of the genre to check it out.  So hop onto your family member’s Netflix account and fire it up.

As always, thanks for reading and be nice to each other. 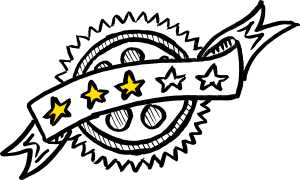