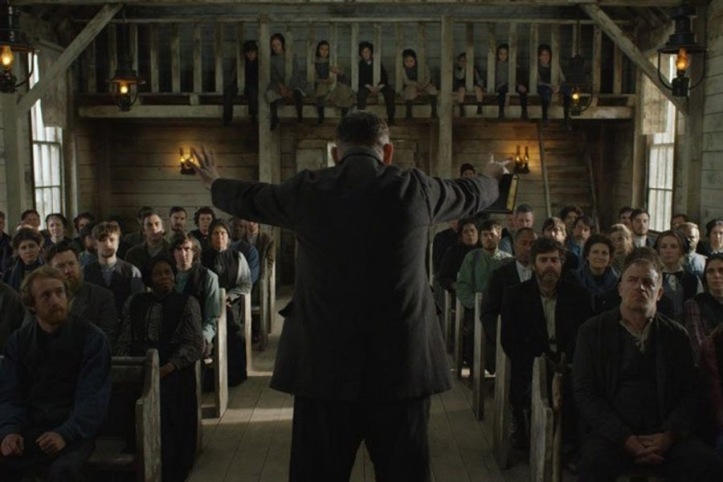 Released on the 12th of October, Apostle had a lot of people’s and horror enthusiast’s attention and rightly so.  The trailer had to be one of the most brutal but visually fascinating insights into what to expect from this Netflix original.  The second I saw it, I knew it was right down my alley and it doesn’t hurt that it is Halloween season and the perfect time to experience a film like this.  It is safe to say that this movie isn’t for everyone but it explores themes that I have always been obsessed with.  That being cults and religion of course.

Apostle takes place in 1905 and involves a number of haunting themes and visuals.  They take you back to a simpler time, where people were happy to just find a place to sleep at night and a community to share life with.  That of course, can have a wide array of outcomes and Apostle dives into one of the more dark and mysterious versions of this.

Thomas Richardson receives a message that his sister has been taken by a religious cult on a remote island and this is where we pick up the first act.  If you know anything about the creator, Gareth Evans, you know the man doesn’t bullshit.  His stories dive right into the action with the bare minimal backstory.  His stylistic but simple story telling delivers a unique experience that some may not enjoy, but others may find refreshing.

Within the first act, Thomas has already infiltrated the cult and made his way into the community unnoticed.  Thomas initially gains the trust of the leaders after saving one of their lives during an attempted assassination from an outside assailant but quickly finds himself searching for his sister after discovering the underground tunnel that leads to a mysterious barn that clearly has significance.  What significance you may ask?  Oh you know, just everyday stuff.  Just a woman deity that the cult leaders worship in order to enrich their crops by feeding her the blood of their members.

I love shit like this and seeing how people sell their souls in order to enhance their life and others around them.  This theme comes in infinite iterations in film but Apostle delivers a story that is as unique and fun as it is disturbing and brutal.

Some moments though, took me out of it.  Moments that lacked creativity and perhaps a second read through of the script.  The main character Thomas is one lucky man as he narrowly escapes a number of intense situations that might be a bit unrealistic to an everyday viewer or film nut.  Whether it is finding a river of blood to hide in or a random hole in the ground to escape a murderous demon servant, Thomas sneaks around the compound with ease, whereas anyone else would have been dead within minutes.  That is film though, and more specifically horror.  You can’t be too much of a critic when it comes to films like this because they aren’t necessarily made to make you think or question everyday life.  They are made because it is simply fun and delivers scares that can make anyone think twice about watching or sacrificing their own blood to strangers that give them food and shelter…

The film was visually stunning and took place in a fascinating period in time that is no short of unique characters or mysterious stories waiting to be told.  History is fascinating, especially if you add in some paranormal or otherworldly motivations.

Apostle is a solid 3 out of 5 stars, even though a few moments took me out of the moment as a viewer.  For the most part, it quickly regained traction the very next shot or scene.  I recommend it for anyone who can stomach visuals like this and I can’t wait to hear what people have to say.