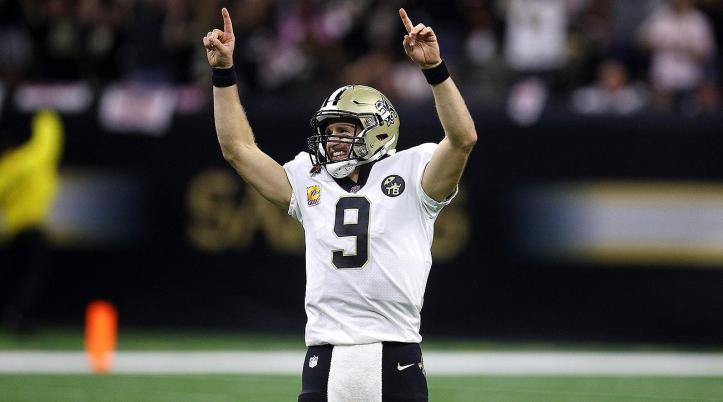 It is safe to say that the argument can be made that New England’s own Tom Brady is not the actual GOAT of the NFL.  Head to New Orleans and see what those great people have to say.

If you had the privilege of witnessing the history that was made last night, Drew Brees passed Peyton Manning on the all time passing yards list with a 62-yard touchdown pass to rookie Tre’Quan Smith.  71,940 yards was the number set by Peyton at his retirement and Brees passed it with swag and at home in front of the people who love him like family.

You could feel the emotion even if you were not there in person.  Fans were in tears and they could not help how much love overcame them during this game on Monday night.  They have been closely invested in this man ever since they got him from the Chargers in 2006 and later watched him lead them to a Super Bowl win during the 2009/2010 season.

Since that date in 2006, New Orleans found a franchise quarterback, a leader and a great man in general.  This dude’s resume in unblemished on and off the field.  He is the prototype quarterback that every coach dreams of having.  Watching him play is  genuinely unfathomable as he has time and time again, made it look effortless. 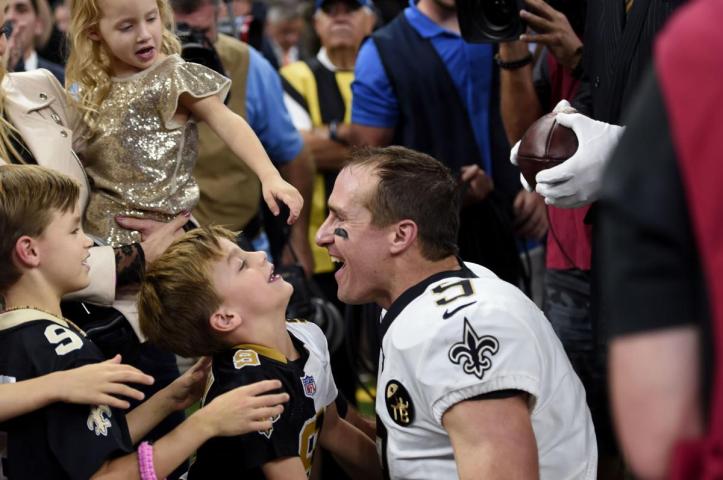 Statistically, Drew Brees has solidified his bid for the greatest quarterback of all time.  He is the most prolific passer to ever play the game and has only missed ONE game due to injury… let that sink in.

So not only did he break Favre’s record for overall completions earlier this year, but he now owns the passing yardage record and is only 42 TD’s away from Peyton’s overall pass touchdown record…  Seeing him and Brady compete for this record in the latter part of their career’s should be fun to watch.

The debate for greatest quarterback of all time will always be up for discussion because that is what makes it fun.  Everyone will have a different opinion and some more concrete than others.  Drew Brees however, is making it known that he is atop the ranks and has much more football left to play.