Yes, September 11th is a day for the USA as we unite for all the lost loved ones due to the tragic event that happened 17 years ago. RIP to all of the great people that lost their lives that day due to some weird events. But, on the bright side, baseball also had itself quite the historic day. There were three players that made history yesterday with records that will probably go unbroken for as long as they were held for.

First we have NL Cy Young candidate Jacob Degrom. Degrom has been the best pitcher in the National League this year. Throwing against the Marlins on Tuesday, Degrom broke a record held by a man by the name of Leslie “King” Cole which was set back in 1908. If you don’t want to do the math, that record stood for 108 years until we were lucky enough to be alive to witness history. 108 years. The only people alive that long are probably living somewhere in Asia and have no idea about baseball in the United States. Degrom set the record by complying his 26th straight start of the season with allowing three runs or fewer. Even with the great pitching performance, the Mets still handed Degrom his 9th loss of the season dropping his record to a strange 8-9. The Mets have put Degrom in a weird spot with the Cy Young voting as he has only three more starts to go and will, at the most, finish the season with a total of 11 wins. Even with his Major League best ERA of 1.71 for starters, the Cy Young voters will have a tough job come voting day.

Staying in the National League East, rookie sensation Juan Soto kept adding to his historic rookie campaign. Tuesday, Soto became the first teenager in MLB history to record three multi home run games in a season. It’s kind of hard not to notice what this man/kid is doing. Still 19, he also passed Ken Griffey Jr. for 4th all time on the home run list for teenagers with his 18th home run on Tuesday. Just when you thought Soto’s body might be slowing down due to the long grind of the baseball season, he said fuck you and dropped two bombs on Tuesday. It’s going to be just as crazy to see how the league votes for National League rookie of the year with the race between Ronald Acuna and Juan Soto not slowing down. With three weeks still left, this one is going down to the wire. 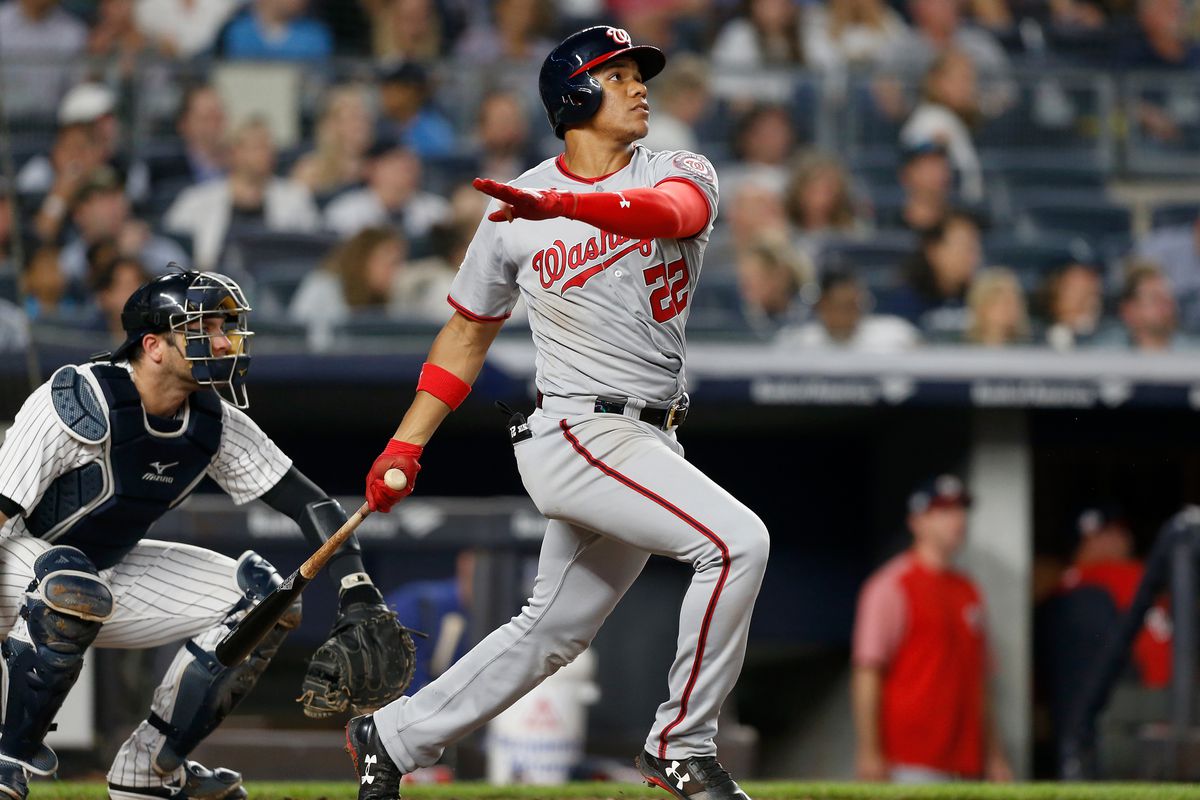 Shifting to the Mid-West, there’s this dude in Colorado who is probably and hopefully enjoying a nice joint after making history on Tuesday night in Colorado. Rockies shortstop Trevor Story became the first shortstop in MLB history to comply 40 doubles, 30 home runs, and 25 steals in a season. Just when your memory starts to slightly forget about Trevor Story from two nights ago, meaning he probably did something memorable two nights ago, he brings you right back to reality to show you he’s here to stay, both on the field and in your mind. It seems like every night he is hitting a home run, stealing a base or smacking a double in the gap. The man won’t slow down. What a season it has been for Story who now is slashing .293/.347/.558 with 78 runs scored, 32 home runs, 100 RBI’s, eclipsing that mark for the first time in his career, and 25 steals. Another cool little tid bit from Rotoworld.com, Story is one of three hitters in the past 10 years to accumulate 30 bombs, 40 doubles, and 25 steals in a season joining Jacoby Ellsbury in 2011, and Mookie Betts in 2016. The MVP hype train is real, especially if Colorado can sneak into the playoffs.

What a day. As Spetember 11th is not the best day to remember due to sad events happening, these three gentlemen shined some positive light upon the day. Hopefully we all die before any of those records are broken again and live to tell our grandchildren or some little shit running around, that we witnessed a great day in baseball.