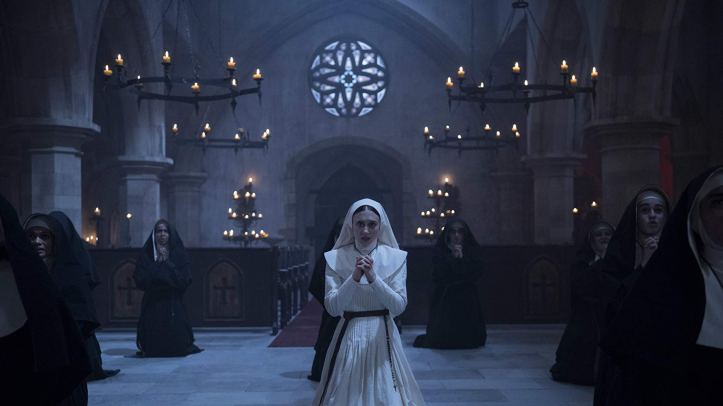 The hype for this movie was next level for me, as I have been a huge fan of The Conjuring universe since the first one was released in 2013.  Since then, we have been lucky enough to receive a Conjuring sequel along with a couple Annabelle movies and now… The Nun.

The Nun, set in 1952 takes place a couple years before Annabelle: Creation, which is the prequel to Annabelle and The Conjuring series.  So now that we know how the doll became possessed, we can now find out how Valek became the most feared demon of all.  And in the form of a nun…

I felt I needed a couple Teddy Brewski’s before the showing over the weekend, so my brother Matt and I, along with our co-worker Ryan (who is a Conjuring universe nut) went out to Pinchers Crab Shack and mentally prepped.  I chose to have a few S.O.S.’s which is a blonde ale served with an orange peel.  I would actually compare it mostly with a Blue Moon, as it has the wheat base with really refreshing taste.  Also, note the orange peel. 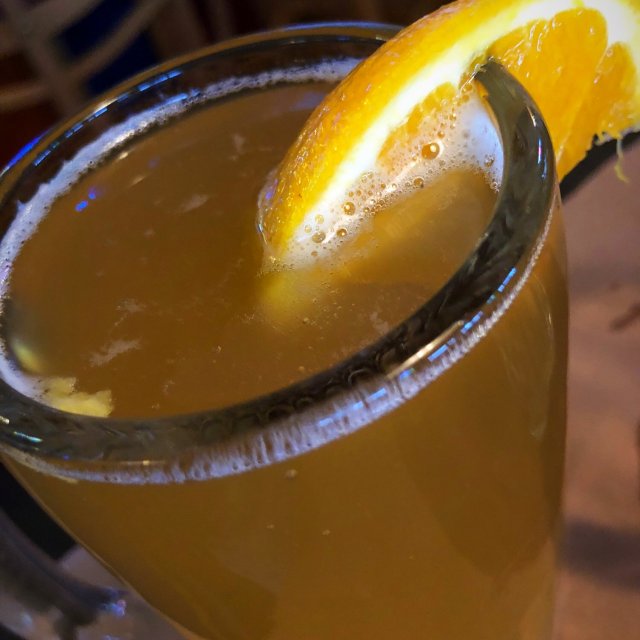 So after we had our minds properly lubricated, we walked over to the Regal theater across the street.  A gnarly Nun poster greeted us as we stepped into the popcorn filled atmosphere.  Here we go.

The beginning was very well done and had me pumped up for what was to come.  We open immediately with a flashback to an incident that introduces you into the castle that lies Valek the demon, along with a group of Nuns.  A few of the women are investigating a long dark hallway with a door at the end that reads “God Ends Here”.  This serves as the opening scare and the official reveal of Valek in a haunting manner.  The last remaining nun hangs herself to escape being possessed by the demon and this transitions us to the main story.

We are then introduced to the two main characters along with the supporting role of Frenchy, who ends up playing a very important part in the series as a whole.  Father Burke and Sister Irene serve as the recurring main characters that Valek and the nun spirits haunt throughout. 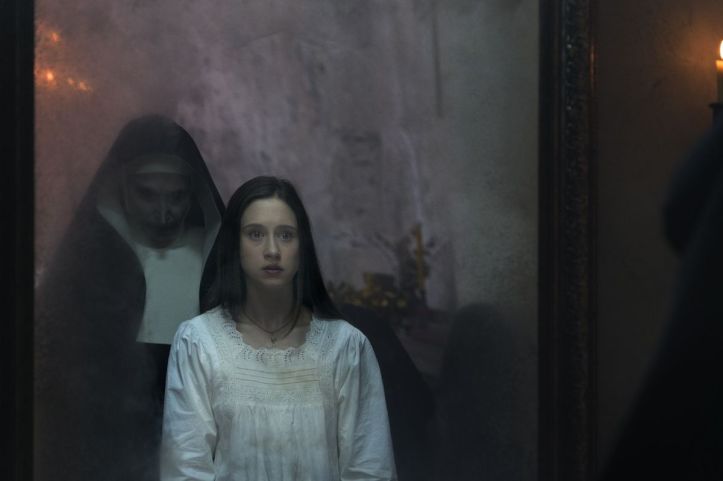 After Frenchy discovers the body hanging from the castle,  Burke and Irene come to investigate on orders from the Church and we quickly jump into the scares as Valek toys with them endlessly.  From beautiful shots in the graveyard to the sinister atmosphere inside the castle, the location was amazing and probably a dream to shoot at.

As a visual perspective, I had no issues the film as a whole, but I found myself wanting a breath of air after the first 45 minutes.  I was waiting for a moment after the first or second act where we could see some sunlight and recollect on what the fuck just happened and prepare us for the epic ending.  A lot happens and after a while you get exhuasted of the pitch black visuals and claustrophobic atmosphere.

That didn’t bother me to a point where it ruined the film, but it was noticeable enough to have a negative affect on my overall view.

The ending was strong and picked up pace at a furious level.  Valek was amazing, even though I figured we would see a bit more of him.  The portrayal of the demonic presence was masterfully done and on-par with the original Conjuring series.  Even though most of the scares were somewhat cheap and not well earned, the subtle shots that revealed figures in the background were some of my favorite moments. 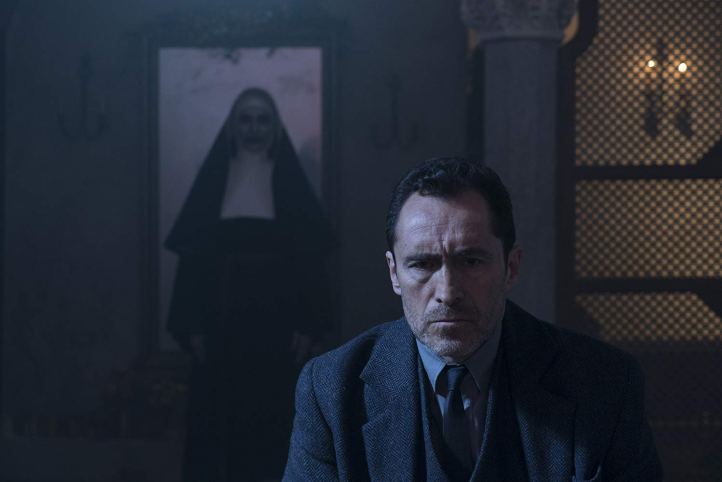 The acting was great, especially Taissa Farmiga who is actually the little sister of Vera Farmiga (Lorraine Warren in The Conjuring series).  Both extremely beautiful and great actresses.

Even though there were some technical aspects of the film that I would personally improve on, I had a great time and would happily spend my money to go see it for a second time.  Which I probably will.

I give The Nun 4 out of 5 stars and highly recommend it to anyone who either has the stomach for it or is as crazy about this universe and we are, here at Crafthouse Cinema.

Thanks for reading and be nice to each other. 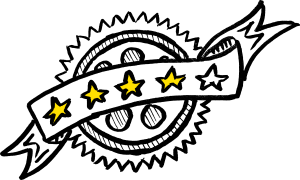