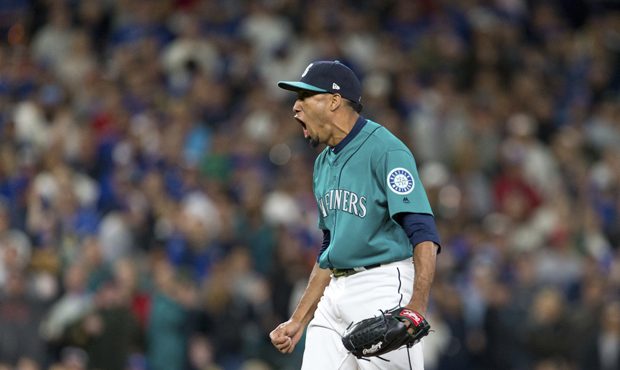 Back in 2008, there was a closer by the name of Francisco Rodriguez. during this historic season, Rodriguez saved 62 games. An MLB record. During his historic season, through 68.1 innings, Rodriguez struck out 77 batters along with a 2.24 ERA and a WHIP of 1.288. Rodriguez led the league in games pitched that year with 76, as well as games finished with 69. All the while finishing 3rd in the Cy Young race as a CLOSER. For some reason, I cannot find the amount of saves he blew that year to try and put it into perspective how many he COULD’VE finished with.

Then, in 2012, a man by the name of Fernando Rodney had a year for the ages. Pitching in 76 games, which equaled out to 74.1 innings, Rodney had a microscopic .60 ERA and a .777 WHIP and saved 48 games. He struck out 76 batters and walked an uncharacteristically low, for him, 15 batters. The biggest accomplishment that season is he bested Dennis Eckersley’s reliever record ERA of .61 and finished that year .01 points better to beat the record. A record that will probably not be beat for a long time.

Those two seasons have gone down in history as a couple of the best seasons as a reliever could ever have. One from an ERA perspective and one from a save perspective. In 2018, we have a man who is the best of both worlds. Maybe he won’t break the ERA record, but he is gunning for that saves record.

2018 has been a memorable season for 24 year old Edwin Diaz. Already at 50 saves this year, and leading by a wide margin of 13, he has a chance to surpass Francisco Rodriguez’s 62 saves. The magic number is 12 with 29 games left to play. And it’s very possible. Along with those 50 saves, Diaz has also etched himself into some record books this year. Becoming the 5th fastest pitcher to record 200 strikeouts. While also becoming the 2nd fastest pitcher to 100 career saves since the save stat became official in 1969 (great year, shout out Woodstock). The leader in that department happens to be the Astros closer, Roberto Osuna who currently sits at 106. Francisco Rodriguez was actually the leader of that stat up until Osuna broke that record back in 2017. With 108 strikeouts already this season, he leads all relievers in that category as well. His season has been amazing. From his strikeouts all the way to his 1.97 ERA and .781 WHIP. 2018 for Diaz should go down in the record books.

Even if Diaz doesn’t set the saves record this year, 2018 has been a season to remember. Obviously, we will all be rooting for Diaz to set the record this year as his 2018 season will be one to not forget. With the Mariners sitting 5.5 games back from that second wild card spot, Diaz will be called upon more often than not. Keep an eye out for that saves record number to go up. It will be fun to keep track of and watch as the season winds down.