Some of us long time Florida residents received the best of both worlds a couple years back when the Bucs selected Jameis Winston with the number one overall pick in the 2015 draft.  Some were a little salty because they grew up Florida Gator fans and did not want to see Jameis succeed, at first.  But others, like myself, grew up Seminole fans and could only dream of a scenario where our very own Heisman Trophy/Championship winning QB could then proceed to be drafted by our local Tampa Bay Buccaneers.

It was something I never imagined after seeing my Bucs fall prey to the competitive NFC South year after year.  2002 blessed us with a moment of glory as John Gruden, Brad Johnson, Derrick Brooks and Simeon Rice led us to a Super Bowl win over the Oakland Raiders.  That feeling was short lived as we could only compile a winning record five times over the next 15 years and have currently been absent from the playoffs for the past 10.

And then it happened.  The question was whether or not we wanted to deal with the offseason talk and distractions that came with Jameis Winston, or take the safe and “feel good” pick with Marcus Mariota.  Look, I understand every aspect of dealing with bad apples or negative people that distract from the end goal and how Jameis may have been perceived as so.  This whole thing with the Uber driver is pretty disturbing if what she says is true and considering the circumstances, three games is a pretty weak punishment when players have missed much more for smoking a joint.

When it comes down to my judgement of him as a person though, it comes down to what I have personally seen from him and heard from the people around him.  He has always been a leader and a role model to many, including his kid brother.  He recently got engaged to his longtime girlfriend and Hard Knocks gave us an inside look into their relationship and how much they support each other.  To be completely real, not all role models and leaders make the right decisions 100% of the time.  They have their own demons to deal with.  They fuck up too.  It’s all about how they learn from it and overcome the adversity.

It’s hard to make excuses for the kid though, especially since he’s fucked up more than once.  If Jameis’ behavior continues then all of this talk is irrelevant.  He could easily keep this shit up and spiral into one of the biggest busts in NFL history.

But I don’t believe that will be the case.  The people around him respect him and want to be apart of his growth.  They see his potential and the fact that he can learn from all of this and come out stronger.  Though, he is running out of time.  The window is closing and the front office is starting to feel the pressure.  If he doesn’t put actions behind his words this year, then I fear for his future.  And it’s interesting because it’s not like he hasn’t performed.  His athletic ability has never been the question.  He has smashed numerous franchise and rookie records but that is also irrelevant if he continues down a negative path off the field. 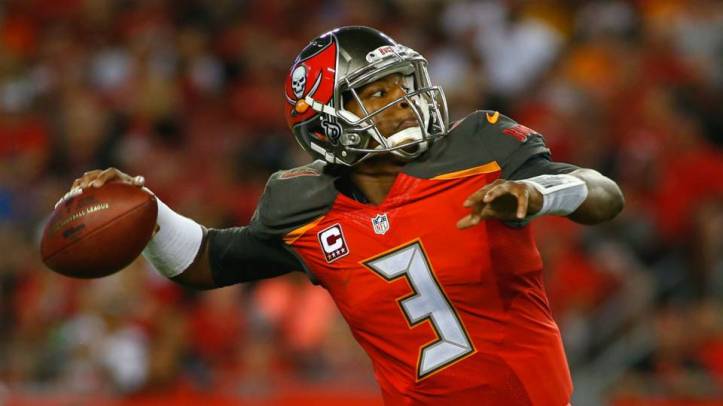 Right now, he is Tampa’s best hope at making a playoff run and bringing home the city something special and much needed.  I think we should support him… For now.