Yes, humans have done some pretty remarkable achievements in history. We went to the moon in 1969 (great year, Woodstock too), we created the World Wide Web, we created self driving vehicles, and many more. Sticking to sports, particularly baseball, there are so many amazing things that a human can do. One can throw a little baseball at or above 100 mph, one can hold their fingers in different spots on the baseball and make it spin different directions from only 60 ft 6 inches away, and some can hit that little baseball over 450 ft. Another aspect of baseball that these men can do is have a combination of hitting the ball far while having the ability to run pretty fast.

In baseball’s 172 year history, there have only been a total of FOUR players that have accomplished the rare feat of 40/40 (40 home runs, 40 steals). You might recognize the names of Alex Rodriguez, Barry Bonds, Jose Canseco, and the last one to do it, Alfonso Soriano, who are all in the exclusive club. Mike Trout will one day be able to slide his way in there, just waiting for the baseball god’s to bless him with a healthy body for a full season. Not ruling anything out this year, while Trout stands at 30 bombs and 21 steals, but with only 49 games left, he will have to stay healthy and play almost everyday to have a clearer shot at joining the club. 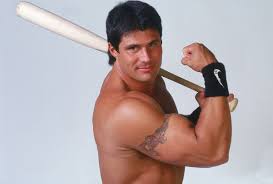 Having the dual threat of power and speed is a rarity in the baseball world. Only a few every generation have the deadly combination of each. In today’s game, we are blessed with being able to watch the great Mike Trout, Charlie Blackmon, Mookie Betts, and many more showing what they can do when the baseball gods decide to bless them with their full potential. The man I am going to be speaking about has seemed to put it all together this year after breaking out last year: Jose Ramirez.

In 2018, there has emerged a star by the name of Jose Ramirez. In 2017, he let the world know what he could do by producing 29 bombs and 17 steals along with a major league leading 56 doubles and tying for the lead in extra base hits with 91 total. Most people thought he would be maxed out with those doubles staying in the park instead of carrying for another 10-20 feet to end up over the fence. But all the naysayers were proved wrong. 2018 has seen Ramirez produce a massive 33 home runs, tied for the league lead with J.D. Martinez, .300 average, .409 OBP, and according to Fangraphs, Ramirez is SECOND behind Mike Trout  in total WAR sitting at 7.3. We all knew he was going to improve maybe a little, but nothing like this. With 52 games left, The Indians Ramirez has a legit shot to join the exclusive 40/40 club.

According to Yahoo Sports’ projections, his pace has shown that he is due for about 13 more bombs and 10 steals. Obviously those 10 steals would only put him at 36, but even when Ramirez doesn’t homer, he is always a threat to steal a base. With Ramirez getting on base at a clip of .409, he will have plenty of chances to swipe a bag. If he were to accomplish this feat, he will go down in history as the only primary positioned 3rd baseman to ever reach those numbers.

Like I mentioned earlier, there is plenty of baseball still to be played in the 2018 season. For the Indians, these next 52 games are going to be huge as they look to fend off the AL Central to solidify their third consecutive playoff berth. Although this is considered a team sport, it would be even more of a memorable season to see the fifth ever 40/40 player. Ramirez looks to be one of the faces of baseball for years to come.

Also, if you end up watching the Indians play, look at Ramirez’s mouth. The dude has the fattest chaw in at all times. Must’ve taken a page from addy taking Chris Davis’ book.