The Baseball World Says Goodbye to One of it’s Greats: Chase Utley has Decided to Call it Quits at the End of the 2018 Season

I’m sure he’s a happy guy. I just haven’t seen him smile as often as we see Francisco Lindor of the Cleveland Indians smile. Utley has never been known to interact with the media in his career. He’s just done what he gets paid to do and that’s hit the shit out of the ball and then he goes home, probably does some weird shit no one knows about, and then comes back to the ball park in the morning and does it all over again.

There comes a time in a man’s life when he has to make a big decision on what he values the most in life. It seems like Utley has made the decision, and that’s to be a father.

“I’m also a part-time strength coach, a part-time pitching coach, occasionally a part-time catching coach, as well as a part-time general manager,” Utley said. “But the thing I’m having the most difficult time with is being a part-time dad. That’s really the reason I’m shutting it down, because I’m ready to be a full-time dad.”

Beautifully said by the man himself. It always has seemed he has had his shit together and now it’s official; his shit is together. In my opinion, I love how he did this. He even stated he didn’t want to “ride off into the sunset”, true class. Unlike Big Papi (nothing against him) but he wanted to universe to know he was leaving the sport, which is fine, just annoying, but whatever everyone is different.

During the prime of his career there was no better second baseman in baseball. From 2005-2010 the man averaged a .296 AVG, .388 OBP, 27 HR’s, 95 RBI, 105 runs, 15 SB’s. Take a look at those numbers one more time and understand that is a SECOND BASEMAN, who are usually known more for their defense than the wooden stick their swinging but it’s truly remarkable that a second baseman put up those types of numbers. He also was an all-star for 4 of those 5 seasons and he definitely deserved to be 5 out of the 5 but the world needed to know what they were dealing with and finally understood. After the 2010 season until our present 2018 season, he has played over 135 games in a season two times as father time seemed to have caught up to him. 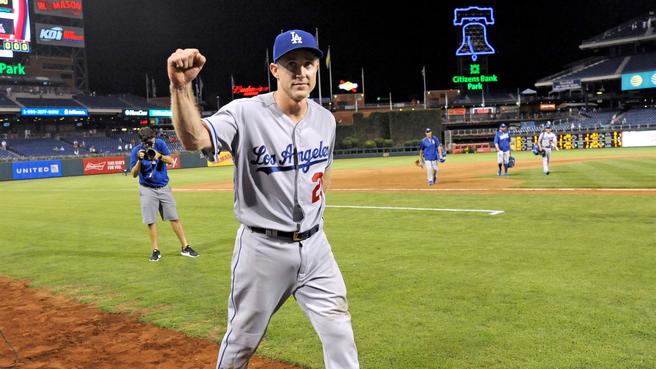 Besides the injury bug and father time catching up to him, his career has been amazing. Phillies fans and the rest of the baseball world will never forget the quiet, humble but spectacular talent of Chase Utley. Hopefully in 5 years we will be reading that Chase Utley has been been elected into the Hall of Fame and in my opinion, he better be and if he is not, they will get a very strongly worded email/letter ripping all the old people who have lost their judgment clearly. Along with getting their election vote revoked, the next step in my book is getting all older peoples licenses taken away until they pass an updated driving test. But that thought is for another conversation.