A New Wave of Horror: The Slow Burn

Fear plays an important role in our lives.  It’s one of the driving factors behind a lot of our thoughts and actions, whether we are aware or not.  Where do you feel comfortable?  What scares you the most?  Is it a bucket of blood, or is it a creepy ass story with sinister characters?  Whatever it is, there is something out there for you.

Labeled as the scariest movie of all time, Veronica was on my short list to watch, and since Matt and Kate dedicated an episode to it, it’s only right we talk about one of the most fascinating genres of visual art and what exactly it is that gives us the goosebumps.  Horror movies are my bread and butter and for some reason have always been one of my favorite genres.  Veronica proved it was a heavy hitter and it always makes it more interesting when it is based on a real police report but… I’ve seen scarier.  Much scarier in fact.

Since The Exorcist, many filmmakers have expanded on this possession concept and taken their own stab at it… no? Sorry.  But for real, some notable ones to definitely check out are; The Exorcism of Emily Rose, The Conjuring, Insidious, The Evil Dead, and if you haven’t seen the classic, The Shining, then drop everything and experience that.  The King and Kubrick collaboration might be my favorite of all time, but I will leave that for a different discussion.  I figured I would address this “Scariest Movie of all Time” label and dive into my thoughts around that and this new wave of horror films, because it is safe to say I have a quite a few.

Veronica may not have been the scariest movie of all time, but it had its moments. When I say moments, I mean sequences that actually gave me the chills and it wasn’t at the expense of a cheap jump scare or some extremely violent scene.  There were some legitimately frightening aspects of this film, and I can confidently say it was the story telling and the unique portrayal of the demons that had my attention.  The jump scare tactic is at most times, a weak form of terror in my opinion.  It is better left for when you visit Halloween Horror Nights and experience the haunted houses next October.  If you haven’t done that yet either, it is one of my favorite things to do during that time of year.  Also this year, one of the themes is Stranger Things.  You’re Welcome.

Don’t get me wrong though, films like Hostel and Saw definitely have a place in my heart, but for some reason, they just don’t have the same impact as that of a film like The Shining or the original, The Strangers.  This specific style of horror simply relies on the gore and the jump scare to carry the film and to a point, it actually can.  Those movies terrorized millions and made millions… but they aren’t timeless. 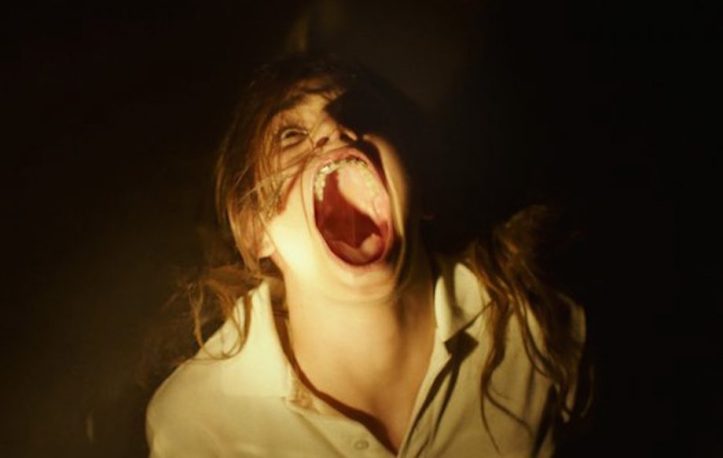 I couldn’t be more pumped about this new wave of horror films that has been slowly taking over.  There are a few to be credited for this, but I think Get Out was the jump-start that the horror genre needed.  This film ignited the industry because of the unique nature and the phenomenal pacing of the story.  If you saw it, you loved it.  And if you tell me otherwise, I will not believe you and laugh in your face.  Jordan Peele created something for the ages and I think it may just very well be one of the most important movies of all time… Bold statement? Maybe.  But no, it is not.

So what do I mean when I say new wave of horror?  I am talking about that slow burning, psychological, creepy and stylistic writing/directing structure that reveals information methodically and has you’re brain in disarray because it doesn’t know what to think except to keep watching because you have to know what is coming next.  Even though you are scared shitless, you are so invested in the story, that you begin guessing and forming your own theories and motives for the big mystery that is being foreshadowed again and again.

Veronica, I believe falls under this new wave and if you want some more homework, then check out The Babadook, The Ritual or It Follows.  All great films that further exemplify my points.  Also, if you haven’t seen 2017’s IT yet, then make it a priority. They started releasing some casting information for Chapter 2 and it has me so fucking excited for 2019.

So, what does this mean?  It means the future is bright and we can expect some heavy hitting horror films to start blessing the big screen.  The standard has been set and the creatives of the world are taking note.

Keep an eye out and if you want us to review, or talk about a specific movie or show, feel free to let us know here or on any of our social media platforms.  Matt and Kate have been killing the podcast game and just added a few more episodes going into detail about Veronica and A Quiet Place as they test out the Red Hook IPA and the Unholy.  As always, stay tuned and be nice to each other.