My wife is a beast.

To start our Saturday, we headed around the block to our home box, HYTE CrossFit for the “Cops v CrossFitters” event. Kate competed with a friend while I was volunteering as a judge. Awesome event, great cause, and Kate kicked ass in her very first RX (elite division) competition. It was an exciting and exhausting morning. We had done our good deeds and healthy shit for the day so it was time to go home and rest up for some beers and a movie.

We started out at DaRuMa. This is one of our go to Sushi stops. They have fast service, cold IPAs, and the chefs roll right in front of you. We’ve eaten here dozens of times and have never been disappointed. If you’re in Fort Myers we recommend it. Also, it’s a nice bonus that it shares a parking lot with a movie theater. 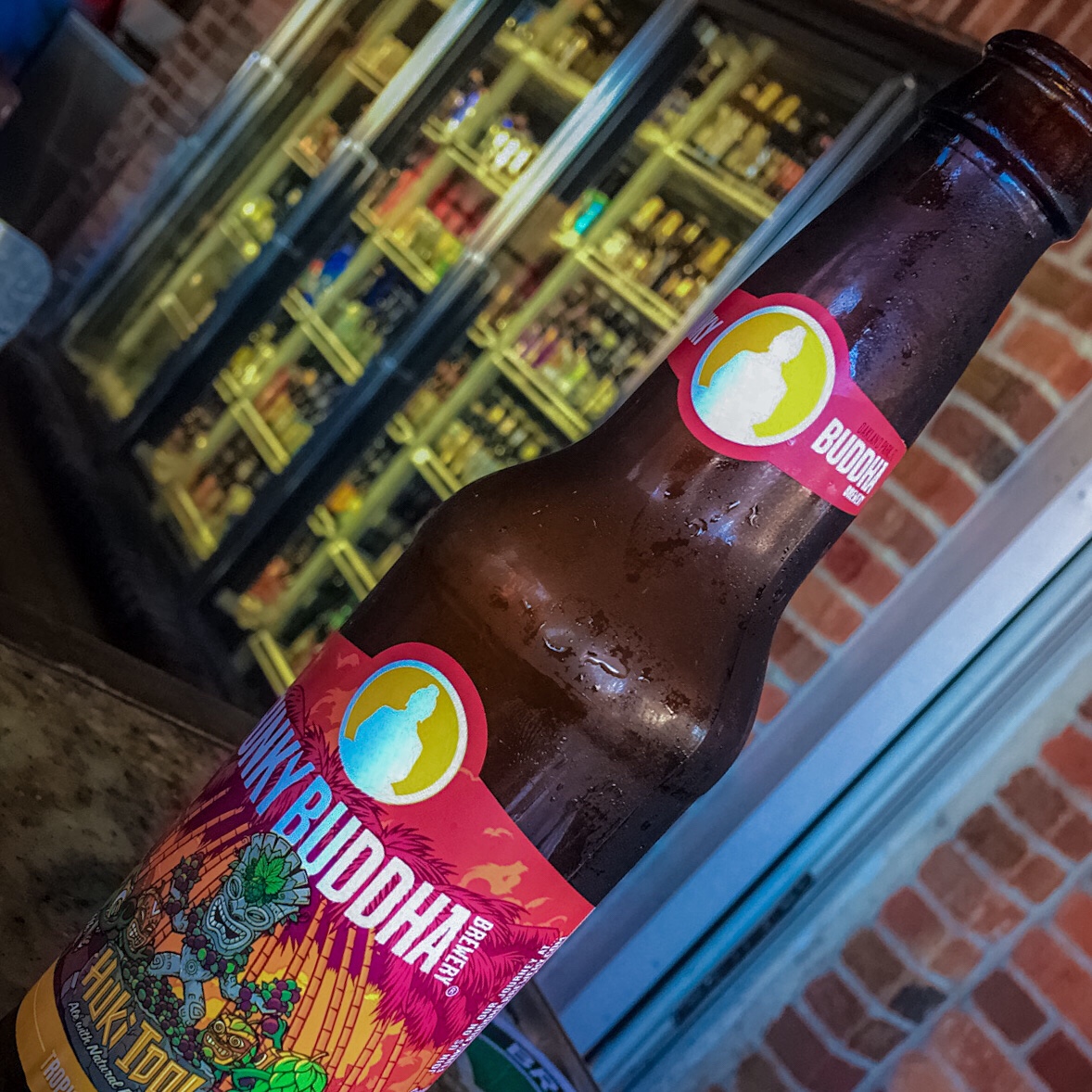 After that we walked next door to World of Beer to get a touch more drunk. We shared a Funky Buddha Huki Idol and a Terrapin Hopsecutioner. The Huki was extremely fruit forward, almost tasting more like a sour than an IPA. If you’re into pineapple and citrus sours or fruity IPAs it’s worth a shot, but it wasn’t for me. On the other hand, my Hopsecutioner was fucking delicious.

It had a nice depth of hoppy flavor that was really well balanced by its sweet malty backbone. It was comparable to a Heady Topper, Torpedo, or Hop Gun — my three favorite beers (I like IPAs). It was the perfect way to end the first half of our date night. At this point I was feeling all warm and fuzzy inside and was ready to finally settle in and watch a movie. 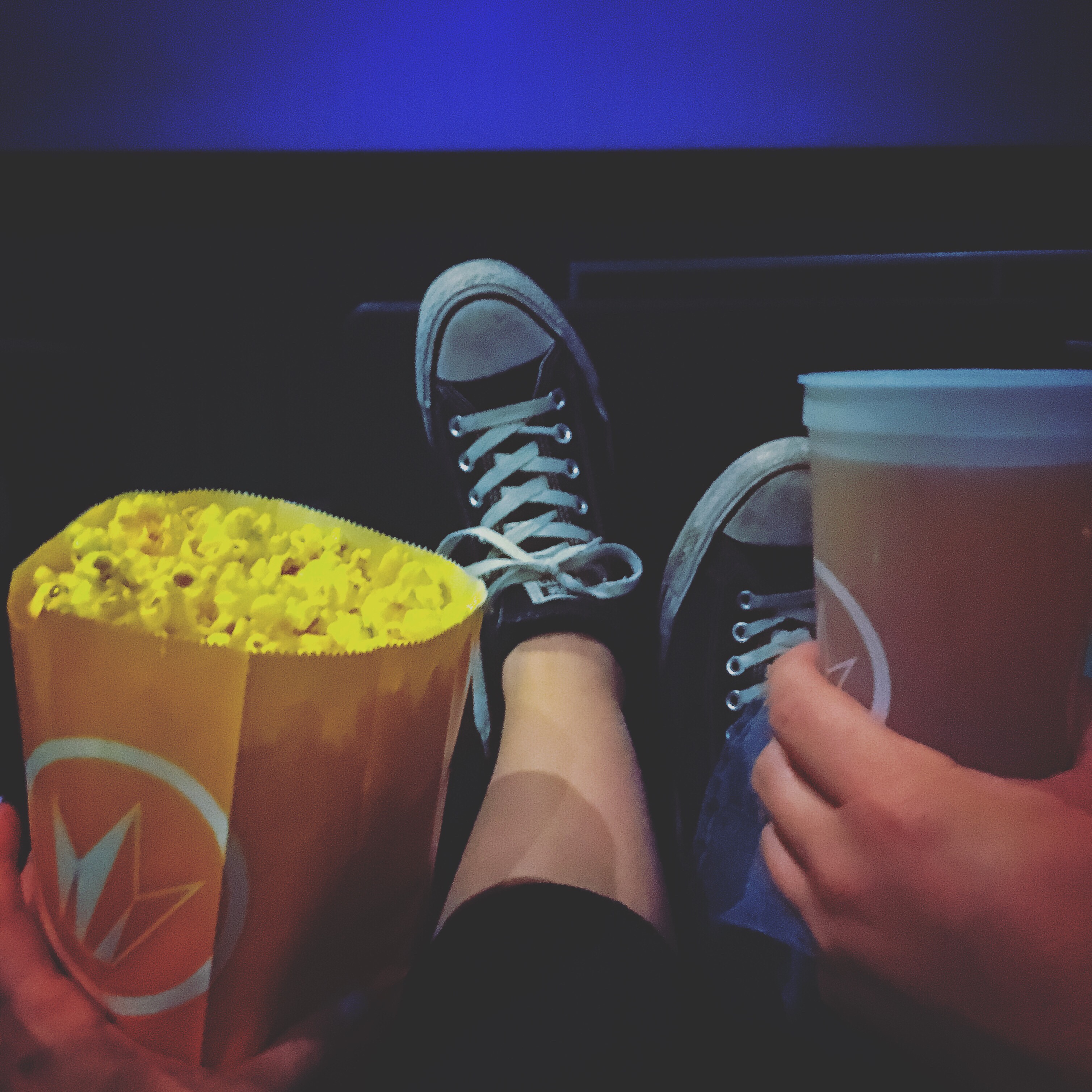 Popcorn with melted butter, a good beer, and a good movie. Does it actually get any better? I believe that I could be a billionaire, with all the resources to travel and experience the finest amenities and extravagances this world has to offer and I would still be my happiest sitting in a movie theater with my wife, some popcorn, and a beer. To me, if heaven exists, it must be something like this.

It didn’t hurt that “A Quiet Place” was an awesome movie either. John Krasinski, better known as Jim from the office, co-wrote, directed, and starred — and man does he have talent. It’s very cool to see him and Chris Pratt, two lovable goofballs from my favorite 30 minute comedy series, evolve into two of Hollywood’s top leading men.

This is one of those movies that generates some really fun bar conversations about what you would do in the same scenario — one where blind monsters hunt based on sound. For example, I would carry rocks, baseballs, fucking fruit (anything I could throw) on me at all times. If a monster was near by and I needed to make a quick exit I would just Brett Farve those motherfuckers and run the other direction.

Most of the criticism I’ve read and heard from friends (and there has been very little) is based on problems with the logic or decision making of the main characters in the story. Those kinds of things don’t bother me unless they are out of character or insultingly hard to believe. I didn’t feel that was the case at any point during this movie. I also heard complaints about a lack of backstory or explanation for how this apocalyptic scenario came to be. Yes, I am curious, but it wasn’t necessary either. It’s like criticizing a Jay Z song because you don’t know what the 99 problems are or where they came from.

On a technical level, it’s hard to find any problems with “A Quiet Place.” The writing, acting, pacing, editing, cinematography, and especially the sound design, were all well done.

As with any movie (or any work of art), if you are looking for problems you’ll find them, but if you go into it with an open mind and the desire to be entertained this movie won’t disappoint. I think Krasinski is a serious talent and I can’t wait to see his next directorial effort. I am kind of hoping he finds a home in horror, because I just think it would be cool to say Jim from the office is one of the premier horror directors out there.